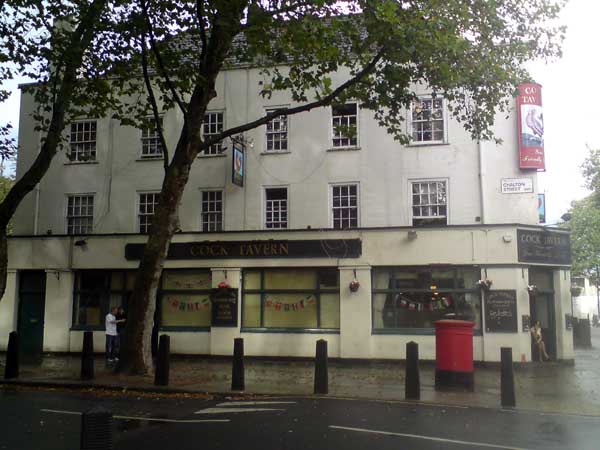 The only time I've been here before was on the occasion of the Somers Town Festival or something, when after drinking beer outside all day we decided to go inside and drink more, and go to the loo. I can't remember being overly enamoured with the pub then but do remember that when I went to the loo on finding it a bit busy decided to pop into a cubicle for a wee, as you do. On entering what I thought was the cubicle,  and being multi-tasker I was already extracting John Thomas ready, I was somewhat surprised to find myself in the pool room. Rather than a poo room. I quickly zipped back up and spun on my heels, chuckling to myself. I wonder what fun will be had this time. 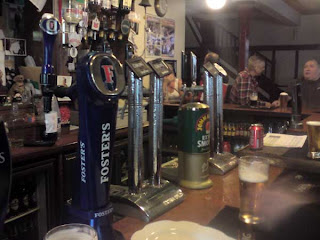 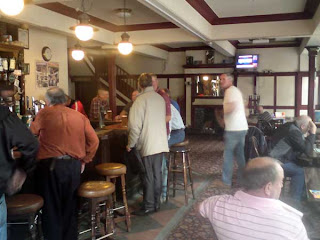 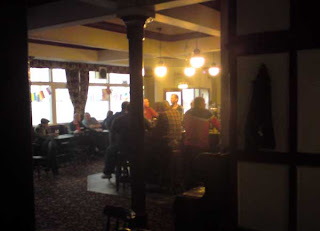 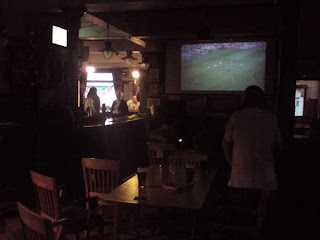 The football coverage was marred by the ill-considered opinions of particulary vociferous cretin, who can only be described at best as rather unpleasant and more accurately as very ugly. How anyone can swear so loudly and with so much vitriol over a corner-kick, within 3 feet of the landlady and not get a ticking off I don't know. He would probably blame the lager and blacks.
The pool room round the back was now a dingy 'big-screen' room, and wasn't very nice at all.
The only moment of levity was when a very old chap in tweed asked for a port & brandy to be told that they've been told he wasn't allowed. He was obviously aware and was chancing it on a different barmaid. He chuckled / sighed, "worth a try!" I said, and he nodded in agreement.
But that aside, what an awful pub.