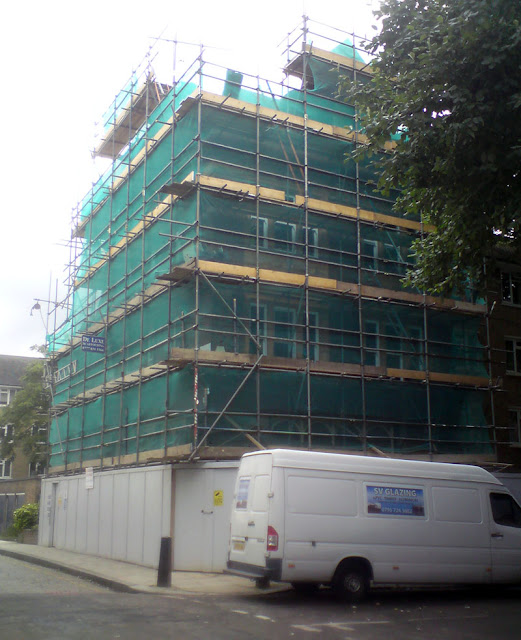 Oh dear, it looks like another Borough boozer has gone down Luxury Flat Boulevard. Typically though as this was just a bit of a rough-arse unfashionable back-street estate boozer there was no big Camden New Journal hoo-hah like there currently is for the Devonshire Arms and the Golden Lion. Same way that there wasn't for the Parr's Head either.
Last time I walked past it wasn't open, but it didn't actually look closed for good. The curtains were drawn and there was a light on. I just figured it was because it was a bit early in the day.
The Daily News claims to have gone there as recently as March of this year, I'm sure I've not seen it open since before then but there again I don't go past and who am I to argue? So as it seems to have closed since August 2011, and my intention to patronise it was wholesome, it must get a mention.

I can't find the pic I took when I last passed by pre-scaffolding, so here's a pic off the internet when it was still a pub.
By Albert Trinker on 1.8.12