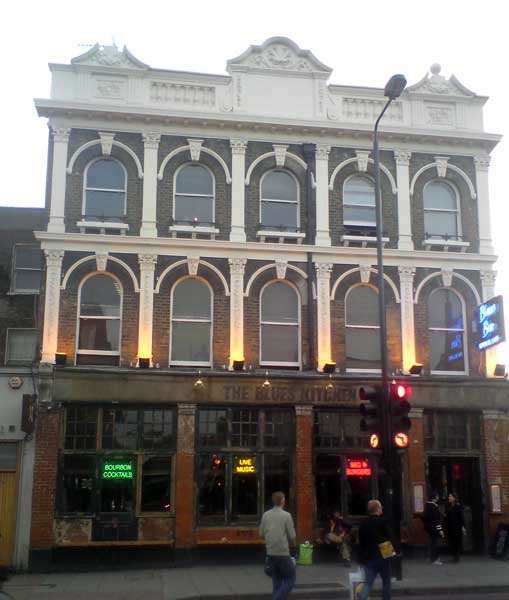 Who is the Blues Kitchen for? Tourists I suppose who want to come to London / Camden and then want to forget about where they are for in here they could be anywhere in the world. The idea is that you're in some Memphis roadhouse but the reality is you're just some big dull insipid gloomy air-conditioned faux-American contrived-pubbery somewhere in the world. 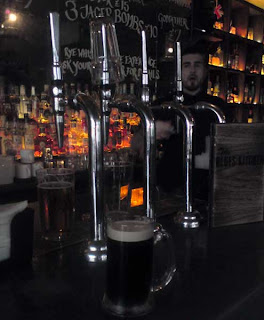 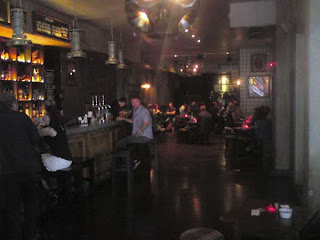 No ale of course, but the very subtely labeled chrome pumps make it very difficult to know what they do have. I had a Guinness. It's so bland and designer-comfy it's impossible not to dislike it but there's not a lot to like really either. Perhaps the recently exposed brickwork on the exterior? The endlessly cheery league-of-nations barstaff? 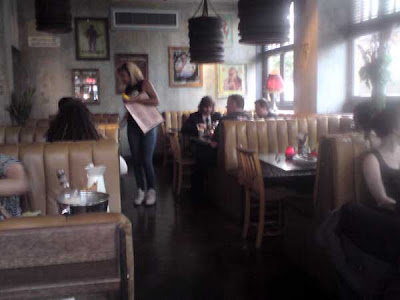 It does have two things going for it, 1. it's not the Oh! Bar anymore. And 2. there's free live music most week day evenings, which isn't a bad thing.
By Albert Trinker on 3.8.12