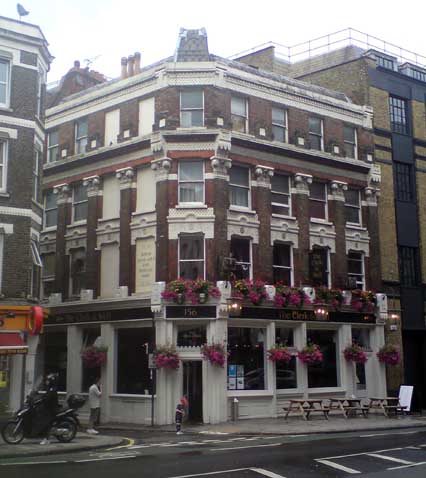 I don't really know what to say about this pub. It's awful. It's not rough or unpleasant or horrible or loud or dirty... it's just so dull and bland it's awful. Ok, so there's nothing about it to actually dislike but that's because there's nothing about it! Which makes it awful.
Completely devoid of any character. And a stupid feeble made up name too, I'd bet a pound to a penny that who-ever came up with has no notion of the actual clerk's well just down the road that gives the area its name. 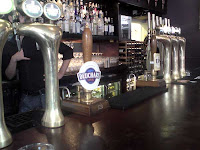 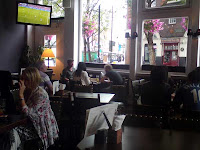 The Deauchars IPA was not very nice, and bar was a bit itimidating so I didn't notice the EPA just a drip tray away. The few people in here were bar people, as opposed to pub people, if you get my drift. For example, two very trendily dressed young chaps, heavy with hair-gel and guffawing loudly came to the bar. One ordered a Kopperberg or whatever this week's hip cider is. The other carefully examined the pumps, walked up and the down the bar perusing each shiney silver tap, and then still had to ask "What lagers have you got?" and on hearing a run-down of their fizzy fare stopped at one, say Stella, and quickly piped with a "ooh - a Stella shandy please!". Please indeed.
It had been raining all day and I counted 3 men in knee lengths shorts and flip flops. 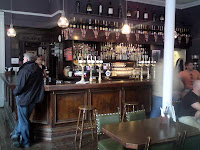 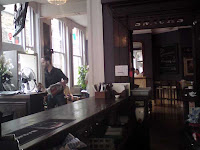 There's nothing really made me want to stay here at all, maybe if they were showing a footie match and there was no other pub within a country mile. The only thing that entertained me while I was hear was the Chinese takeaway next door was called "Kung Food". Haha. And the pub stunk of it.
By Albert Trinker on 2.9.12