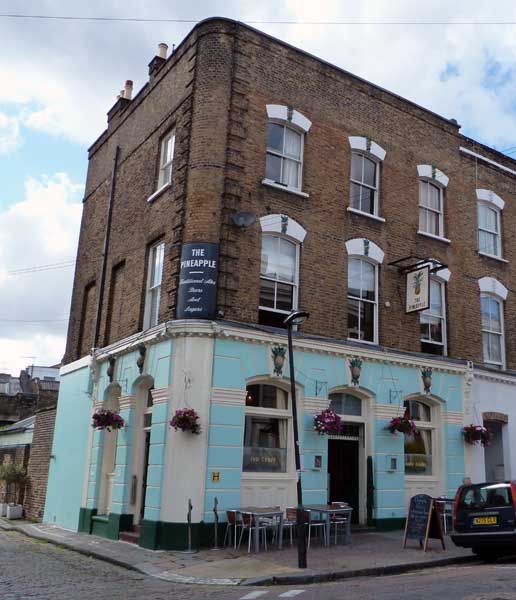 Remember the hoo-har a few years back when they wanted to close the Pineapple down? Famously, a public revolt that Wat Tyler would have been proud kept the pub open for the good people of Kentish Town, and served as a wake-up call for other imminent pub closures - with mixed success. 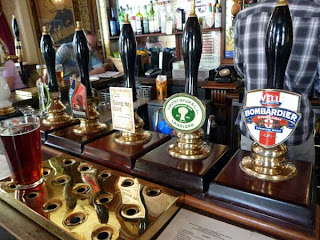 So roll on 5 or 6 years or so and what we have we got? Pub of the year on a few occasions and I'm sure people will tell you it's some kind of hidden back street treasure. And it is, although not hidden enough on gig nights at the nearby Forum. Local reports are that the beer has gone downhill, but on this visit the Bombadier was fine. Annoyingly though Gemma Gibbons' fantastic silver in the judo came just 2 minutes too late for me to enjoy paying £2.12 for it. (All pints were £2.12 for an hour after Great Britain won a medal - nice touch!) 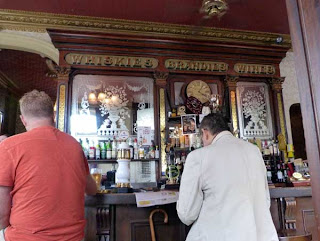 The bar-behind is lovely, and the pub is fine. The front room can be a bit cramped and the bar is always surrounded by a hardcore gang of locals who seem to want to protect it from the advances from anyone else not in their clique. Not even a surly nod from these lot, and you should have seen their faces when I made a pretend-approach to their cheese & biscuits that they had laid out on a table, on open view to everyone but seemingly just for them. The barman was very nice, but the locals have always appeared to be the least welcoming of any 'proper' pub I've been in. 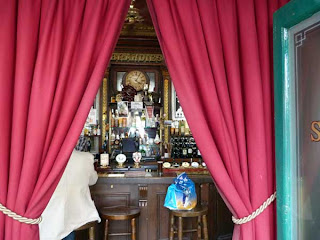 As well as getting cramped there's a lot of furniture for too small a space. Where I was sat by the door the locals were towering above on their pincer-movement arranged bar-stools. At least on this occasion one of the great pub destroyers of modern times didn't happen - the person on the banquette next to me ordering up a huge plate of sizzling spicey stinky Thai-food.. It has happened here before - most off putting. But everyone seems to like it!
Maybe I should have sat out in the rather nice conservatory. 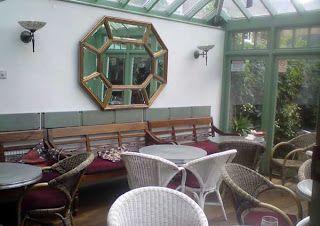 The beer festivals and Easter bonnet competition are worth a look. Thank God it didn't close.