When is an arch not an arch? 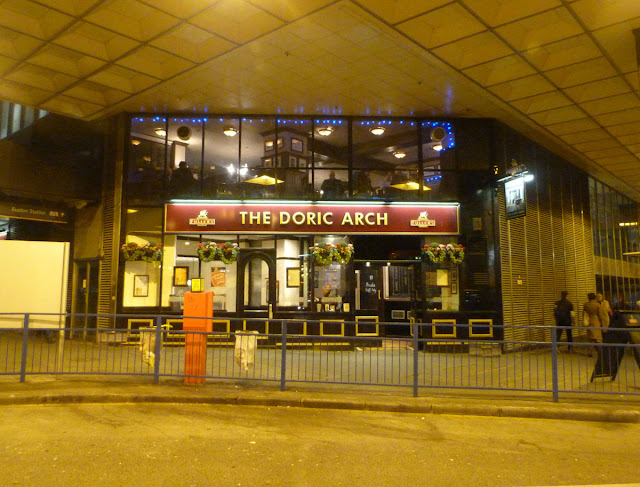 As we all know the Euston Arch was not really an arch, but a propylaeum and a doric one. So a la Big Ben that's what everyone calls it. Called it? :-( But now it's a pub too. One that not so long ago was called the Head of Steam, named after something else much missed from Britain's railways.
Skulking in the gloomy corner of Euston station's bus terminus, and there being no visible interior from street level, it's not very welcoming at all. But once inside it is very nice. There is much to please the real ale drinker and the railway enthusiast - a Venn diagram whose overlap is considerable. I think there were perhaps 8 ales to choose from, I opted for a half of Fuller's Discovery at £1.75. The railway memorbilia was plentiful, and I opted to glance very briefly at most of it and settled down by one of large windows to watch the buses come and go. And that pretty much was that. Once you're inside this pub is fine place to wait for a train, or a bus - or while you ponder what to have next.

On one occasion one of the staff actually let me hold a chunk of the eponymous arch they had in glass case behind the bar. Quite a moment. It's gone now, probably back in the Lea.

Update. Normally I really like it here. They let me hold a chunk of the legendary arch once, which they keep in a perspex box behind the bar. What a thrill. The barmaids have always been really nice. But on my last visit while examining the beers available with a friend, a youngish rotund chap in a cheap shirt & tie - I presume the manager -  barked at me very loudly "DON'T TOUCH THE PUMP CLIPS!!!". We left immediately. 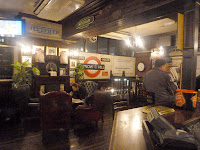 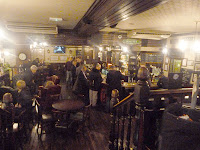 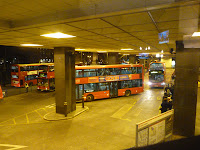 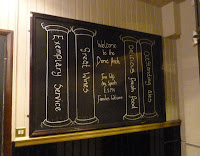 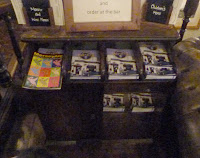