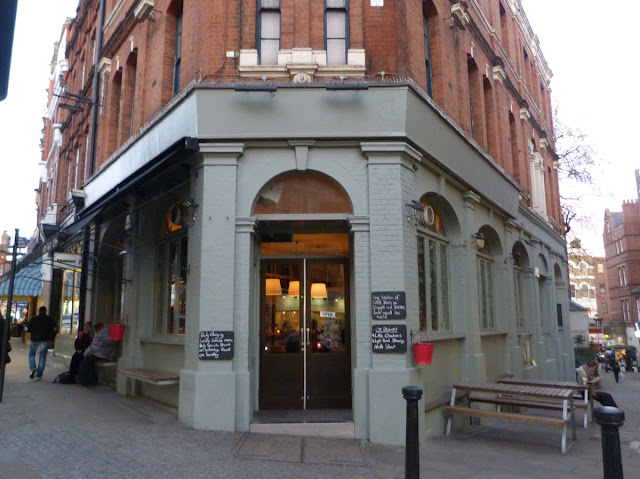 This is one of those pubs that doesn't really like to admit it's a pub - and certainly not look like one. That's because it's a gastropub. You'd be excused for walking straight past and not even noticing the boozer within - sorry gastro-boozer. Odd though because this is the brewery tap for the Camden Town Brewery - one of the rising stars of the London indie brewers - even though they like their keg a bit too much for my liking. Incidentally they're called the Camden Town Brewery because they're based in Kentish Town, and before that in Hampstead - in this very pub. Perhaps they plan to move to Camden Town at some point...? 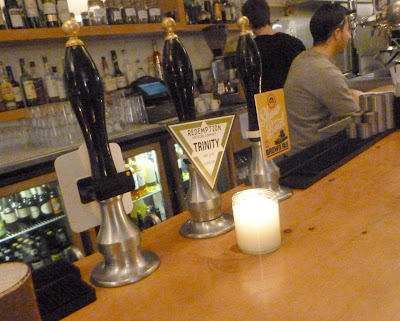 I had half a Redemption Trinity, and it was very expensive. £1.85 I think? Or £1.65...? I can't remember, but I do remember that it tasted funny. But maybe I had just cleaned my teeth. 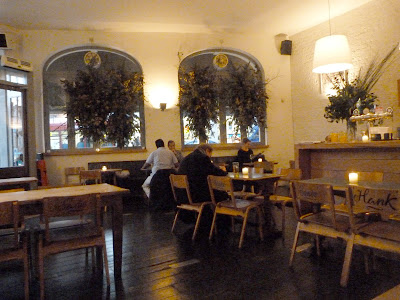 So inside, all very spartan and clean and barren - not really pubby at all. But having said that it still felt cosy & comfortable, despite the irritation of someone's whimsical notion to having names on the back of all the chairs. No doubt leading to hilarious games name-calling for some drinkers.
The best thing about here is the greenery in the windows. I like that quite a lot, but not much else. 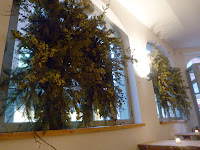 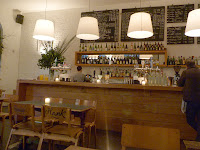 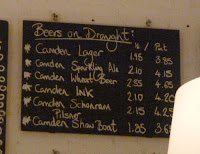