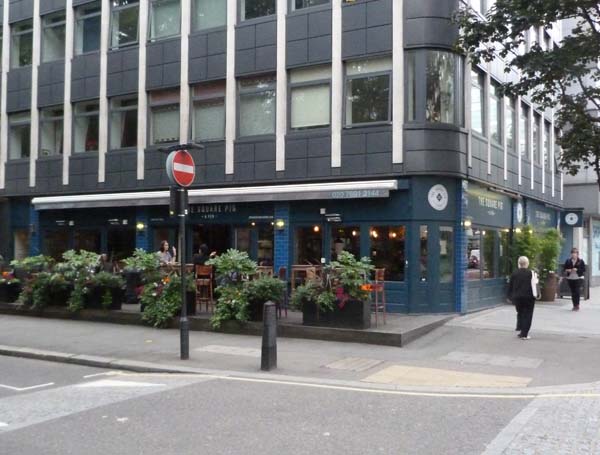 The Square Pig or the Square Pig and Pen - I'm not quite sure it is or which they prefer. I thought I wasn't really going to like it, mainly because it looks nothing like a pub. And I didn't really, although just for that reason. The barmaid was charming, and the beer was nice. I can't remember what it was but it wasn't their own brew "Trotter Ale" as they'd not put the ABV on the pump clip so I was registering my annoyance by avoiding it. 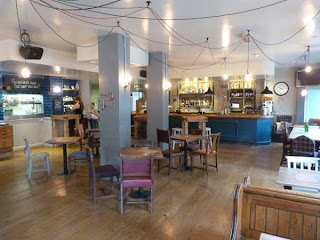 A lady came in with a huge bunch of flowers that apparently her son and daughter had just got because they'd just got engaged, and didn't want them. So she gave them to the barmaid. For a giggle I insisted that she hand them over to me so I could give them back with a bashful "For you...!". And oh how we giggled.
By Albert Trinker on 16.8.13