It's big crowded busy Wetherspoons, so you know exactly what to expect. Named after the oak tree where James I hid, it could well be the only pub so named that isn't called the Royal Oak, certainly round here it is.

It also has the most heavily laden bookshelves of any Camden boozer. 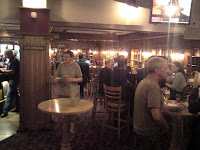 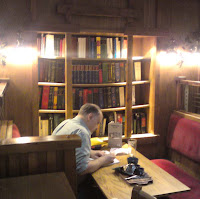