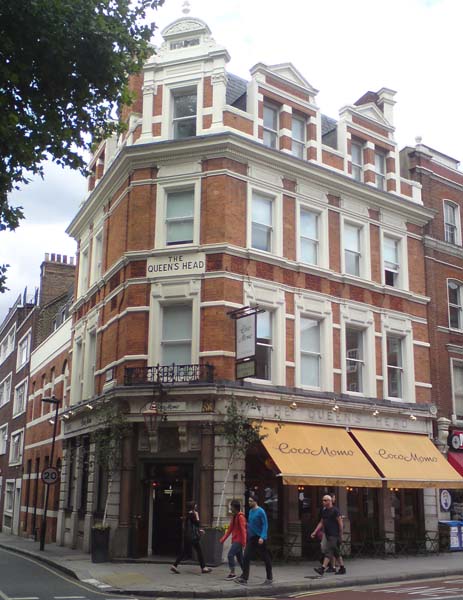 Or as it likes to style itself, The Coco Momo Holborn Cafe Bar and Queen's Head Bar. I think the Queen's Head bar was actually downstairs and not open, but it's still just about a pubby type place to pop into for a drink. 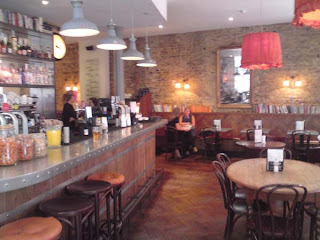 The beers were all lagers and keggy-bubbly stuff - or craft beer as we must call it now. So a Redemption Pale Ale was ordered and fizzingly refreshing it was too. Some nice bantery chit chat was had with the barmaid and a girl ordering a 'ginger zing' or some such. A quick browse of the complimentary newspaper table, and that was that.
By Albert Trinker on 16.8.13