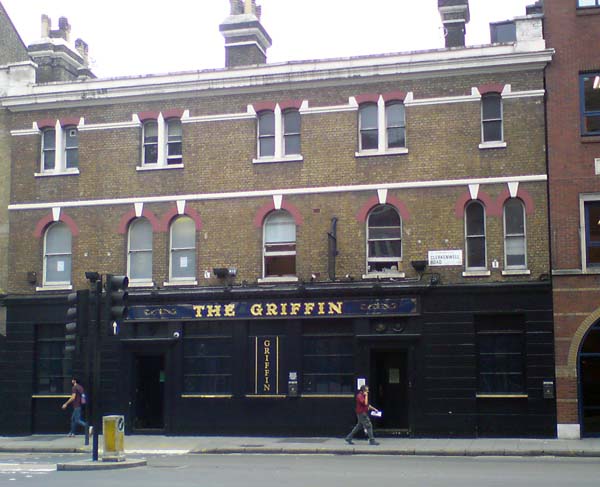 The Griffin with its blacked out windows... what secrets can possibly be within?!

With an exciting day's cricket from Chester-le-Street in the offing I was tempted by the "Sky Sports - 4 screens" board outside. And it was even happy hour. This will do for me I thought. Just a quick pint and I'll watch a wicket or two and that will do me for the day.

Well, 2 hours later and Australia on 104-0 my plan was not going well. I was rapidly running out of pound coins for the lady's pint pots and had lost count of the number of private dances I'd had to turn down.
Everyone was nice and friendly, Cleo was my favourite, but eventually I had to make my excuses and leave.

I think this is Camden's only pub where such pleasures of the flesh are on offer - so bear that in mind if that's your cup of  tea.