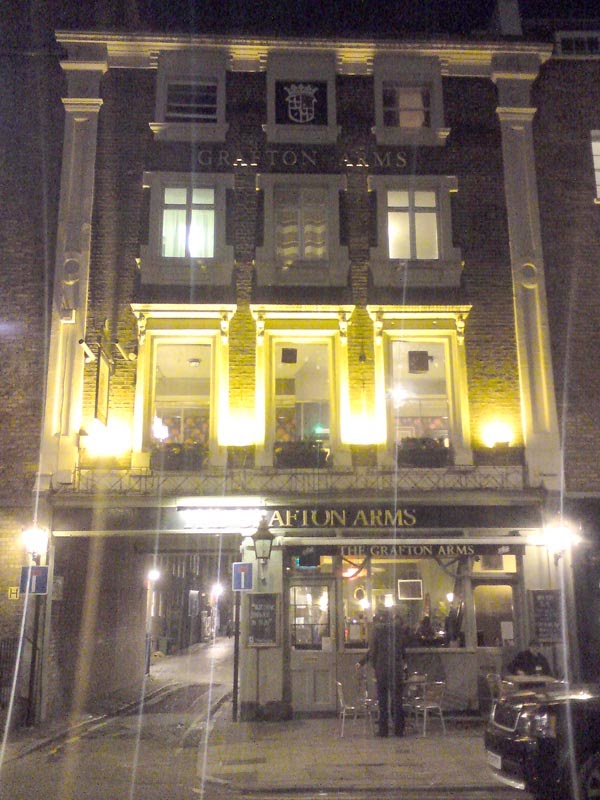 A back-street Fitzrovia boozer that is way off the beaten track, well not way off - Tottenham Court Road and Warren Street are just a stone's throw away, but thankfully that stone's throw is just far enough to keep most of the madding crowd away. The clientele seem to be entirely of post-work office types judging from their business-like attire. And indeed from the business like talk of the chaps either side of me at the bar, "In Aberdeen they just don't get it - Edinburgh and Glasgow they're a lot ready to adapt but not Aberdeen..." and "... when you've got a staff of 10 it's just not worth it..." etc. 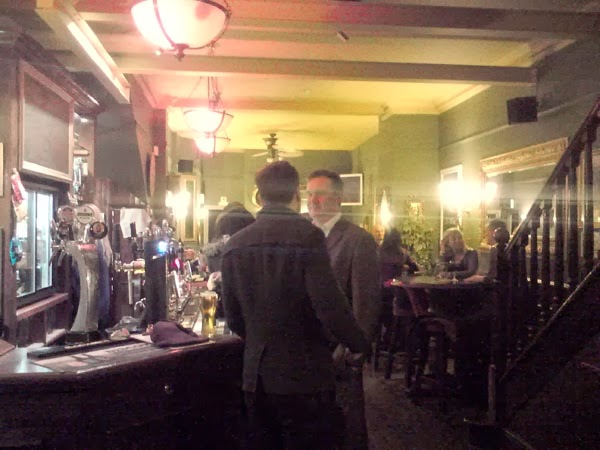 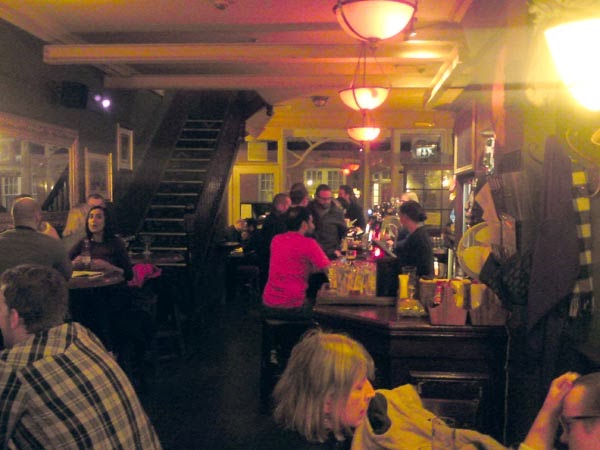 The bar offered the normal Greene King fare but I went for a guest ale with a hand-written label, the name of which I forget but was very nice. What does annoy about these types of Greene King pubs is those idiotic illuminated hand-pumps that some GK PR idiot must think he's a genius for dreaming up. To me they make it look they serving keg beer. Perhaps they think that bright lights on pumps will make ale look appeal to the lucrative lager-drinkers market, although most people in here were still lager drinkers so that ploy seemed to have failed. And in fact such a pump actually put me off buying a pint of their IPA in the Crown and Anchor so a double fail there me thinks! 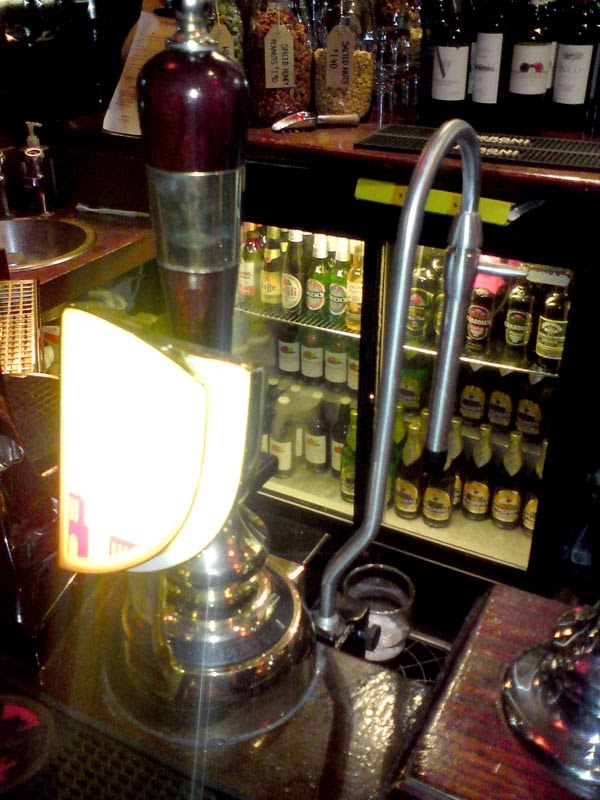 There's a pleasant enough upstairs bar room, where at first no-one had any drinks. Which I thought was odd. Then in one fell swoop 2 or 3 people all arrived to together with drinks for the various tables. The upstairs bar although manned wasn't open, so they were having to go downstairs. 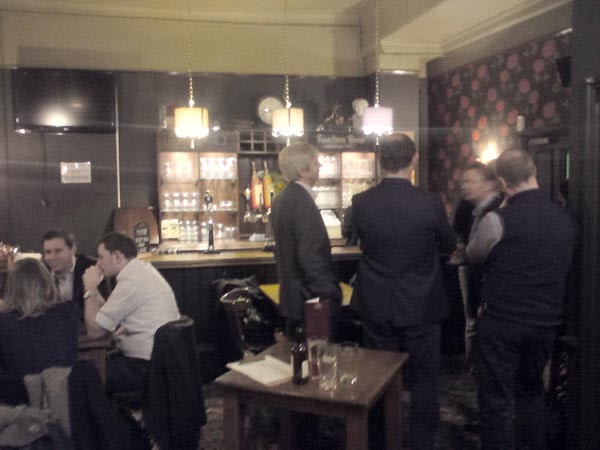 There's also a roof terrace apparently, but I'll leave for the summer months. A nice but posh back-street boozer and to me a lot more pleasant and a lot less pretentious than its more northerly namesake. I wonder which one Charles FitzRoy would've prefered....?
By Albert Trinker on 23.1.14