Wheat from the chaff 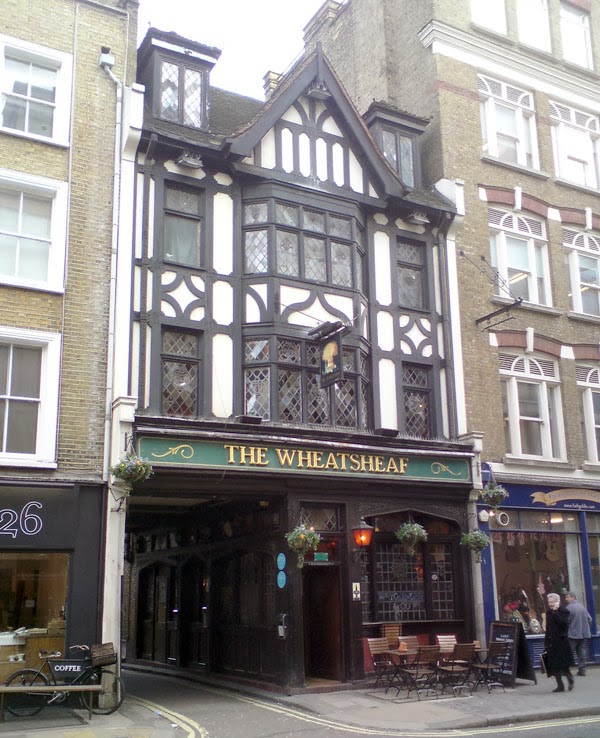 This pub almost never happened! Let me explain. I am fairly au fait with Fitzrovia, and had walked past this lovely Tudor-schmudor-boozer many times, but had been convinced by the City of Westminster street sign a couple of doors down that it was in Westminster and therefore irrelevant to me - and quite reasonably so I thought.
Then one day I was chatting to a good friend of mine Pickles, who's also familiar the area, but she was trying to tell me that the Wheatsheaf was in Camden. "Don't be silly!" said I. "Let's look at a map" said she. So that's what we did, and lo and behold she was right. It is in Camden, along with a not insignificant length of Rathbone Place. Cheeky Westminster!! LBC have been informed, as have the local press. So we agreed to go for lunch sometime, but I couldn't wait. It was raining.

A lovely small quiet pub, Pride and Doombar the ok but unexciting offerings. Telly on - but joy of joy - NO JUKEBOX! Hoorah. I took my Doombar (£3.80) and ambled off to the back-room hoping for a quiet lunch time perusal of the Daily Telegraph. 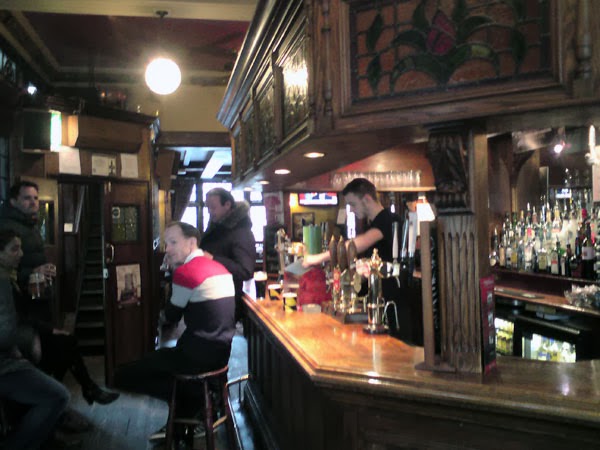 But it wasn't to be. The otherwise relaxing tranquility was shattered by two young Australian ladies, or more accurately one as it was just one doing all the talking. Talking a: about bollocks, and b: with the ever-annoying raised inflection. "So I said let's TALK. WhatsApp or GMAIL. So I added him on WHATSAPP. And so he called AUSTRALIA. And sent me a teddy BEAR. To my DOOR! It was like the sweetest THING. The best surprise EVAAAHHHH. I'm not ashamed I dated ROB. But when I met Simon at Rob's parTEEY, I wasn't SURE. I just want the BEST for ROB, and I'm not sure that's SIMON. blah blah blah" All the time the other one was agreeing / disagreeing when appropriate / innappropriate, her sole contributions were how they should go to Fabric, and isn't the countryside lovely but there's nothing to do there. If vacuous twerps like this can't keep their inane twaddle to themselves they should by transported for life back to whence they came. The couple at the table right next to me were managing to converse in such a discrete polite manner I couldn't make out a single word they were saying. Listen and learn girls. 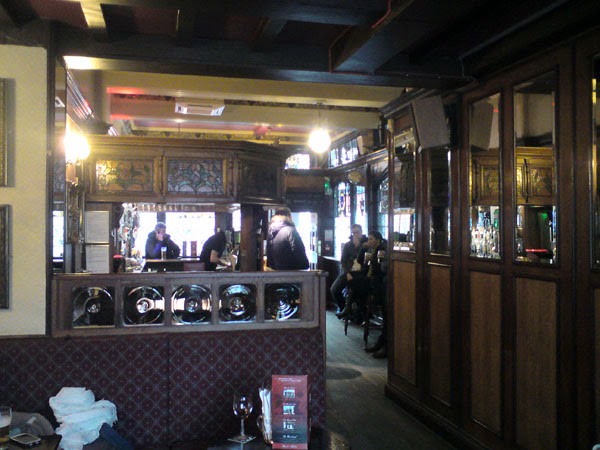