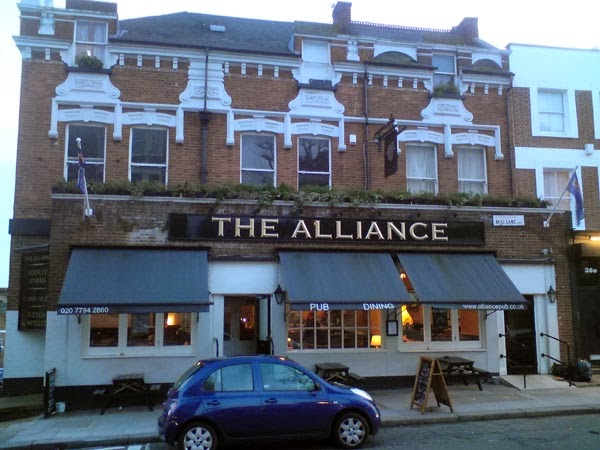 Large... empty... quiet... it's like walking into a big old empty barn that's been nicely done up and filled with tables and chairs. I'm not sure if the landlord was just not employing fake-politeness (a good thing) or just being grumpy and terse (not a good thing, but not necessarily bad), but his apology for my change being all in coppers sounded very sarcastic. But the Ruddles County was nice enough, although not cheap. 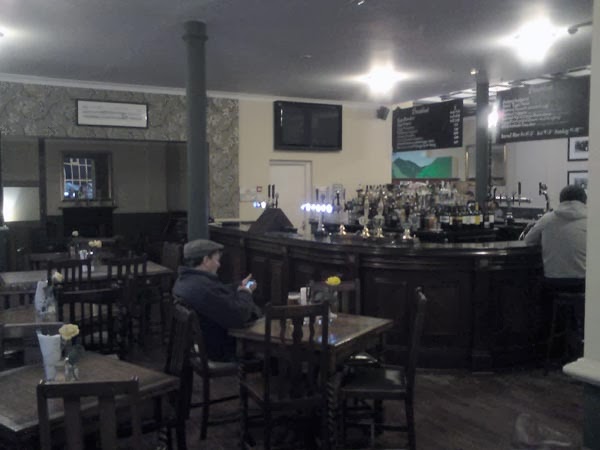 Shortly after wandering about, I settled down to watch the football results coming in, as one does at 4.45pm on a Saturday, along with 3 or 4 other chaps only for it to be switched to some unimportant rugby game at the behest of just one man. Quite annoying. And then to add to my annoyance 2 of the 4 babies in the pub started wailing, and were just about drowned out by their parents on their phones. This place is like a creche I thought! Then I saw the special area set-aside for the kiddiwinks called the "Little Devils' Corner" or something. Jees... it is a bloody creche! 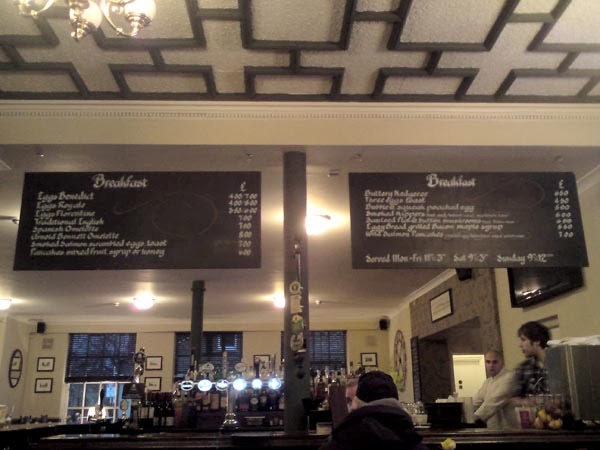 Still, they've got the most extensive breakfast menu of any pub in the borough, so that's good then.
By Albert Trinker on 20.1.14