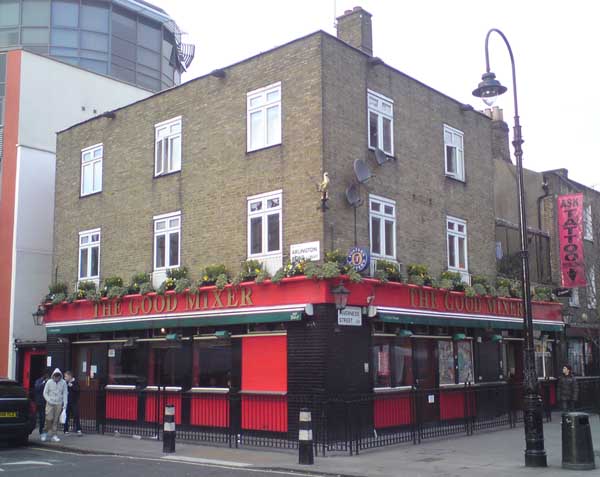 Ahhhh, The Good Mixer. The world famous sweaty beating heart of Camden. As Dick Turpin/Charles Dickens/Boudicca has drunk in pretty much every pub in north Londo, then every single person famous in the 90s used to frequent the Good Mixer.

But I've had many many good times there. Met so many friends there, many of whom I'm still pals with now. The fine Antipodean barstaff, Cookie, Al, Craig et al, would often have my pint on the bar as soon as they saw me come through the door. But they would stand for no trouble - legend had it they could monitor the whole pub from the behind either of the two bars using the network of strategically placed mirrors. Scotty & Sarah ran a good ship. It was smelly, hot, bright, and think with low lying smoke. The pool tables were in the way.  Even the punks were friendly. The market traders weren't always so amiable though. 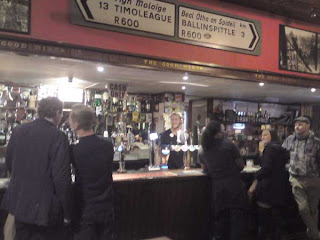 Remember before the clamp down on street drinking when the crowds from within would flood out and fill Inverness Street? I remember well stood outside here on a balmy July evening, a peculiar subdued and confused atmosphere hung heavy as people took on board the 7/7 bombings.

Remember walking out with a pint in hand straight into Under Solo next door for the Sunday night disco? Or everyone en masse heading up Parkway for a late drink in the Dublin Castle (2 quid to get in?! But I live here!). Good times. 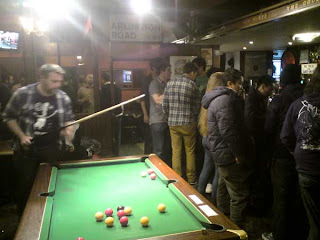 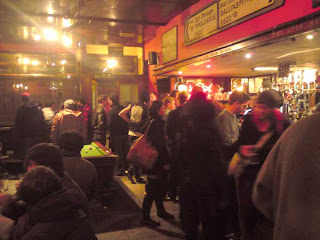 But being older and tireder now I've only been in a few times in the past few years, but not a lot seems to have changed. Although it looks a bit cleaner, and took me an age to get served. No misery-guts Amy Winehouse playing pool anymore.
The Pride was good enough. It's still the Good Mixer. (A name which I reckon comes from a type of cheap Victorian gin. What do you reckon??)
By Albert Trinker on 9.3.13