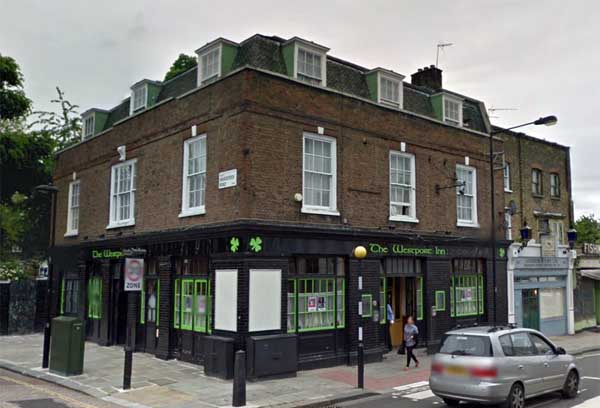 I think you can safely say that there's not many pubs like the Westport Inn (you may know better as the Gypsy Queen, ironically renamed as it's run by gypsy folk or suitably renamed as all the gypsies got barred) left in our fine borough. Pretense and frills are not to be found here! But at £1.30 for a bottle of light ale, good value is. 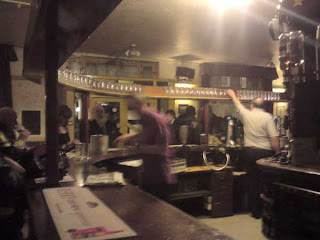 And so is free entertainment. Entertainment in the way of a surly but efficient landlord, lively locals - some very friendly (the older ones) and some somewhat unpleasant looking (the younger ones.) A damn fine singer was provided, although I forget his name now. But then they laid on the best pub entertainment of all - a good old fashioned bar brawl! 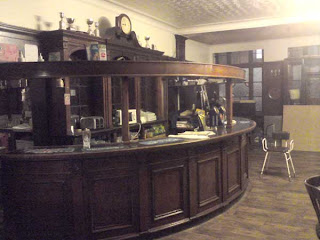 But in keeping with these modern health & safety times it was a brawl in which no-one got hurt. There'd been a funeral so spirits were running high, and evidently running low behind the bar too. After a little while it all came to a head and a one young lady had had enough of one young man, and gave him what for. All hands were on deck, a table went over, glasses were atomised and some old chaps having a post shopping drink fled. The landlord came out armed mop & bucket and dustpan & brush. Things were calmed down, except for odd brief respite, with the usual "he's not worth its" and "we've all had a drinks". No-one really batted an eyelid, not least the singer. I suspect it's not the first brawl in there, but it's the first I've seen for a while and therefore jolly exciting.

Anyways, not one for the faint hearted or hoity-toity princesses. But if you want a community pub full of locals (some very friendly), and cheap light ale, a good singer and the chance of a punch up then the Westport is for you.

I even had the door opened for me on the way in by a very elderly lady having a smoke in the doorway. How charming!
By Albert Trinker on 5.3.13