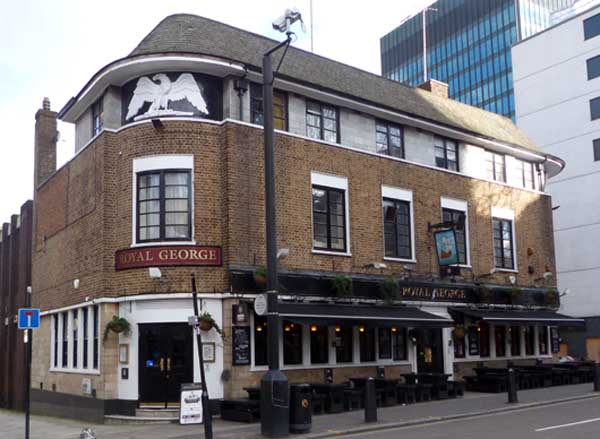 The Royal George is just opposite Euston station and so on a few occasions when friends from the north have been visiting London they've insisted on drinks here before their train back home, despite my suggestions that the Bree Louise, Exmouth Arms or Doric Arch are much better boozers for thirsty travellers-to-be. But it was their call and at least it's not the Britannia.

Anyways, it's basic and no frills and perfectly ok. The ales were good last time I was there. Although a mate on his way back from Wembley once preferred to buy his own shop-bought cans. What a cheek! He then couldn't take them on the train, so they had to be smuggled though a gap in a Euston gate. Aren't we naughty!?
And the tables are a nice sunny spot on a summer's day if you don't mind the traffic. It's also the only pub in the borough I can think of that has a anemometer... I would if the local wind speeds are displayed within? I shall check next time. 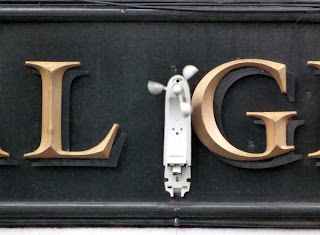 It's also worth checking where the name comes from... a fascinating but sad tale.

Update - the anemometer is for judging when it's time to wind the canopies in. You live and learn!