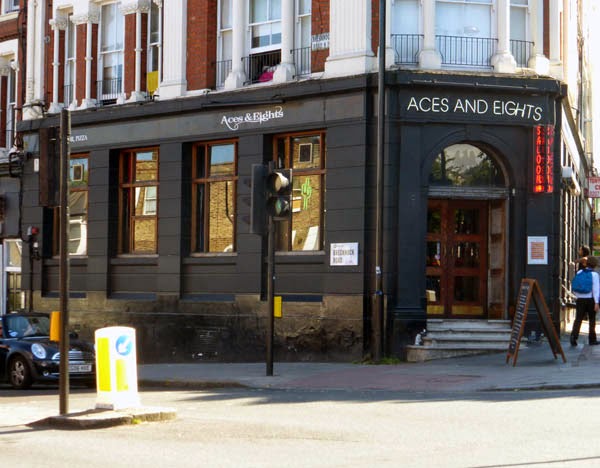 This used to be a bank once. And then it turned into a bar. Called The Bank. And it was as much fun being in a bank. 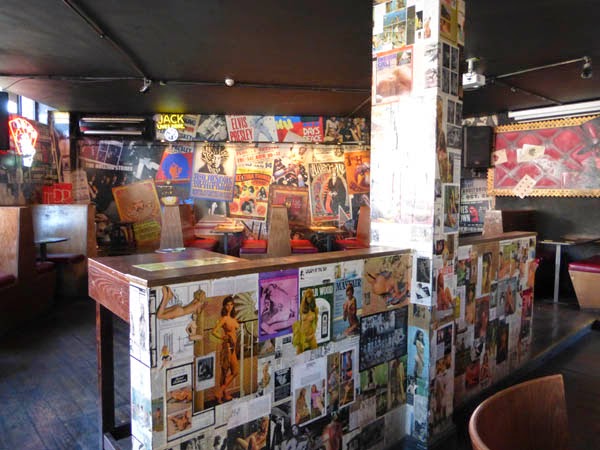 They don't have any ales either, but it was a sweltering day and a Camden Town Hells went down quite nicely. But at £4.10 a pint Camden Town must be raking it in. They might even be able to afford to actually move to Camden Town one day. 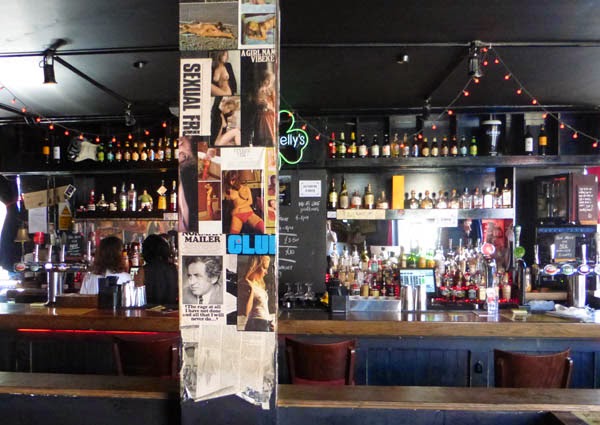 But it's pleasant enough inside - probably because I had the place to myself for most of the time.
The barmaid was lovely - and English! And the numerous other ladies were equally easy on the eye, and naked. 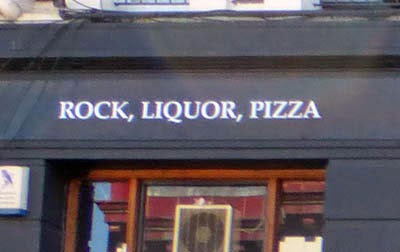 Outside it claims they sell "liqour, pizza, rock". I could see the liquor behind the bar, and pizza menu looked appetising but nowhere could I see any rock for sale. Har har.