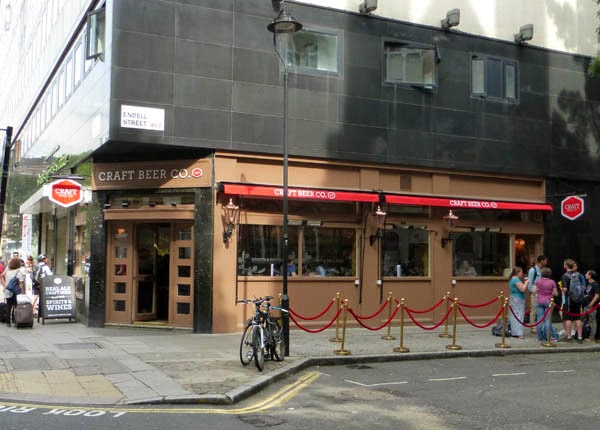 From an awful looking cocktail bar to a Craft Beer Co. Not bad I suppose. I don't mind the Crafts - good ale and nice and quiet (well, quiet as in no music or tellys). But are they are a chainy - like an upmarket Wetherspoons. Why don't they give them proper names?? Especially as this is the second one in Camden now and others are springing up all over the place. 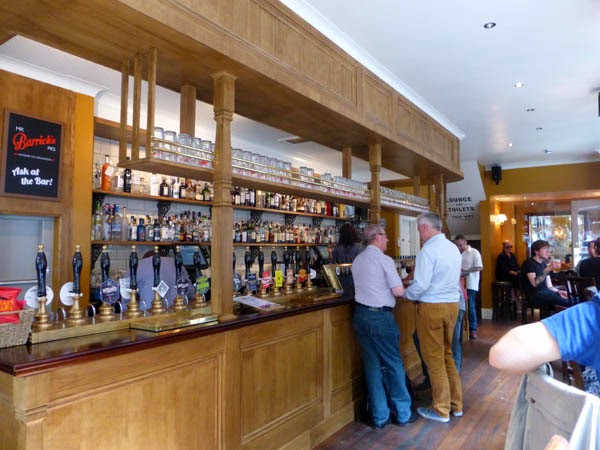 The crowd in here was split between the Camra tickers and young beardy-hipsters getting into this cool new thing called "ale".

The barman was a bit surly, probably fed up of repeatedly telling people how long they'd been open. The barmaid on being asked the same thing was much more chatty - I should've asked her.

The Mallison's Brewer's Gold was very nice. Mallison's isn't far from where I sued to buy my homebrew gear the last time I tried such a thing. That area of Huddersfield is obviously a hotspot for brewing excellence!

Anyways, chain or not there's a decent new pub in Camden and hoorah for that!