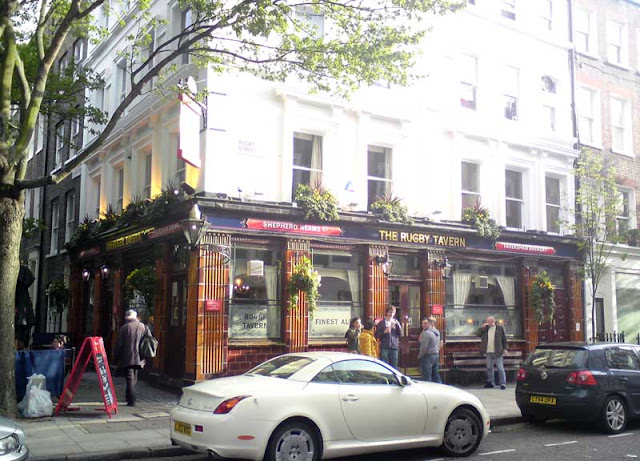 Cripes, I'm getting so behind with these pubs. I went here a month ago, and I'm only just now getting round to trying to thing of something to say about. it.

I had to come here to go to a slide-show of very interesting photographs, amongst chaps twice my age! But I'm sure they all had an easier time then me finding the place. But the silly fool had someone deleted all his jpegs so the thing had to be cancelled. Nevermind, this allowed time for a few beers and engaging chit-chat about railways. 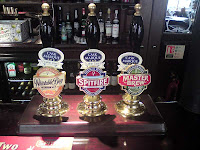 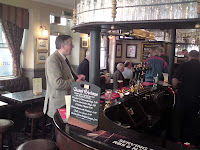 The Rugby Tavern is a very nice pub. Good range of Shepherd Neame ales, can't remember now which I had. The Master Brew I think - a name which I am not at all fond of! The beer itself I am though, so that's ok. 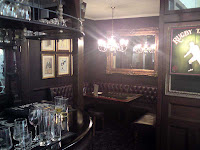 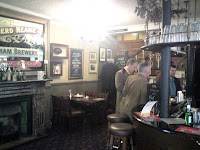 It felt like me to be one of those hidden places near the beaten track but just enough off it so that you've never stumbled into before now, but I think that's just me. And I've been missing out. A lovely boozer.