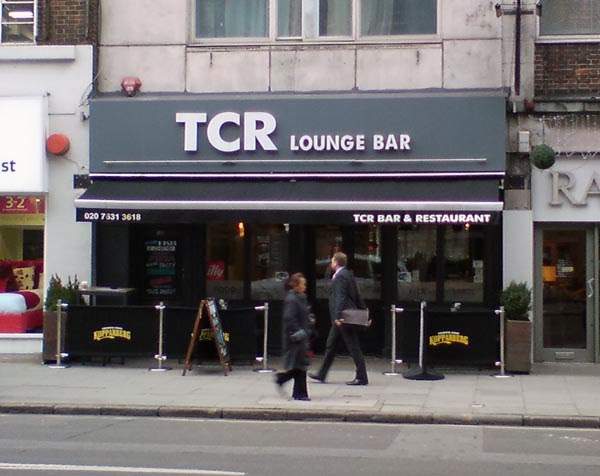 When I was a nipper TCR stood for Total Control Racing, which was a fancier Scalextric. I think it was fancier - I never had one. Anyways, now it stands for Tottenham Court Road. And this is the Tottenham Court Road Lounge Bar Restaurant. TCR Bar to its friends - which can't be many. 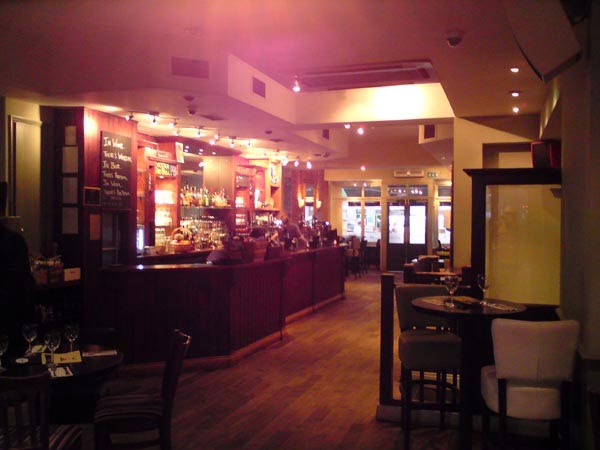 Hard to believe now there's been a pub here since 1775 - The New Inn which mysteriously went missingin 1941. When rebuilt in 1951 we got this building and it became Ye Olde Surgeon. Then The Pint Pot. Then The Bar at TCR. Now the TCR Bar. Follow that? I think I know which incarnation I would have preferred - damn Luftwaffe!! 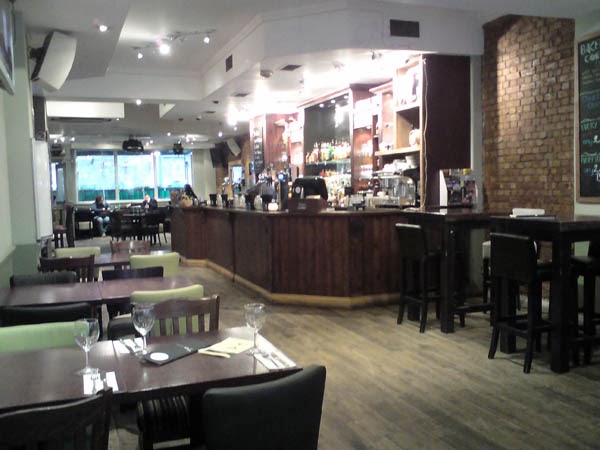 Anyways, it's bland and soulless, but quiet none-the-less - music turned down and just at one end of the bar. Quiet apart from the few clientele that are in insist on speaking to each loudly in a Middle Eastern bark from opposite ends of the long room. The Doom Bar was £2.20 for a half - obviously targeting a higher income stream than my own, so I'll leave them to it, I can only afford a Scalextric.
By Albert Trinker on 4.3.14