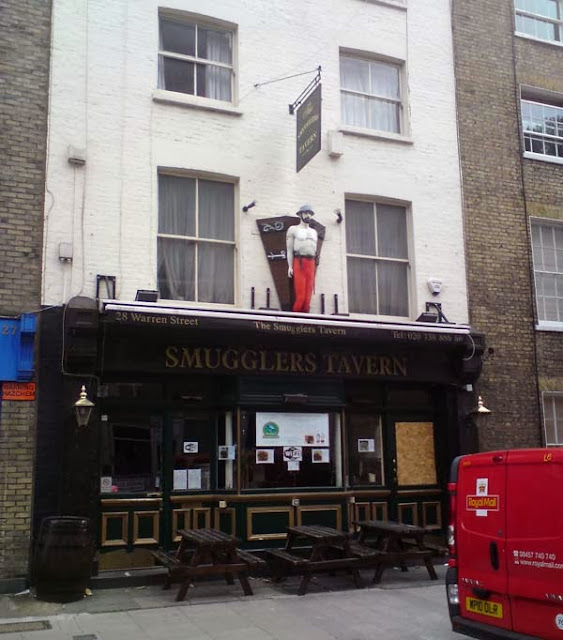 Not so much a smuggler's ketch but more like the Marie Celeste today. Nothing suggested the business had closed and it's not like pubs round here to shut during the day.

But why the Smuggler's?? Not much contraband would have been landed here back in the days of the Jamaica Inn. But until the 60s it seems to have been called the Marquis / Lord Cornwallis - much similar to this place on the other side of Bloomsbury. And interestingly the bare-chested chap in the red trousers seems to have a brother, here at another nautical sounding battle cruiser. 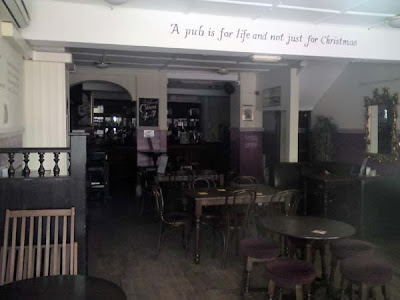 Maybe we'll catch it open one day, but the internets says it wasn't all that great anyways.

I happened to be strolling by today and was pleased to notice that we have a pub that's reopened in the borough! 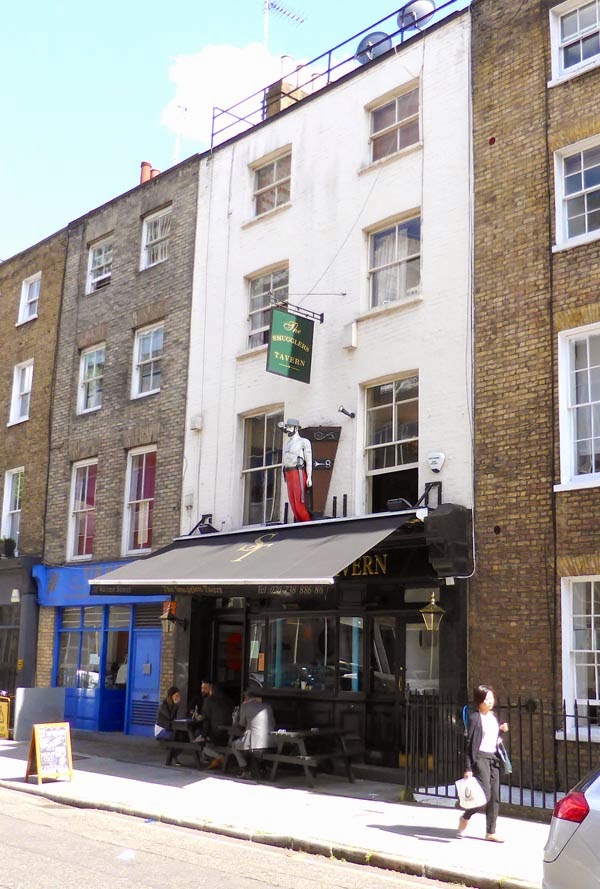 So it would've been very rude not to pop in to sample their wares. From the outside not much as changed but on the inside it's all very pale blue. Very sea-sidey... you can almost hear the seagulls and smell the landing of today's catch. Or perhaps that was just the "Bap & Pickle Pop Up Restaurant" that seems to be very permanently painted on walls & windows here & there. 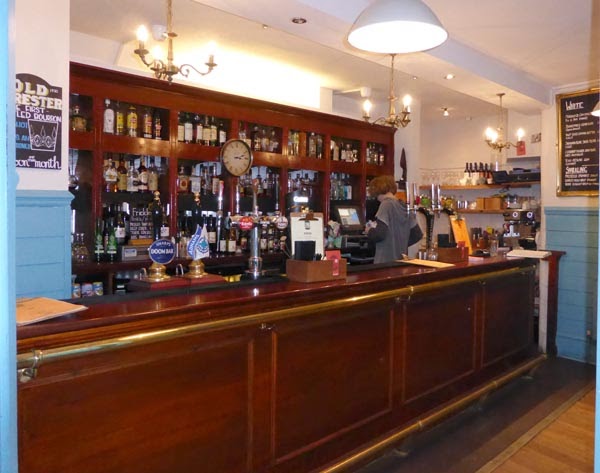 Doom Bar and Adman's Explorer on offer, the latter going for £2.10 a half. No wonder people are turning to smuggling! 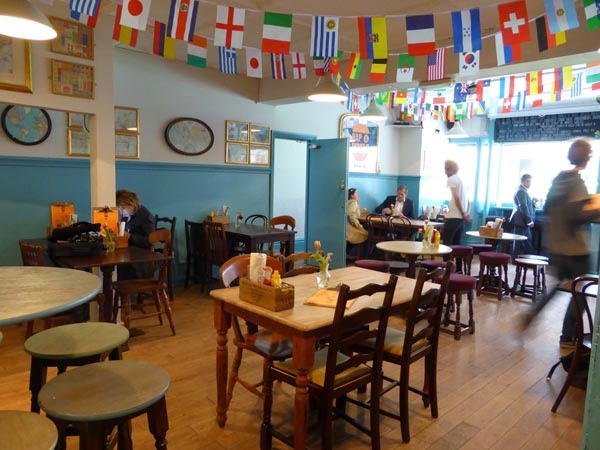 Anyways, it all seems very nice and calm and quiet on a weekday lunchtime. But any publican that manages to resist the call of redevelopment and reopen his boozer, well... I like the cut of his jib! Best splice the main-brace, the sun's over the yard-arm, ahhhh jim-lad, many tots of grog to all jolly jactars. Etc.