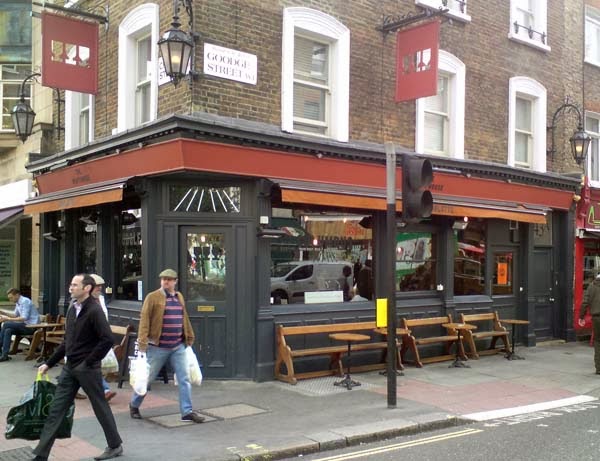 I wasn't even sure what this place called at first. I thought it might have been "The Charlotte" or the "Draft House" perhaps? They should have just left it as the Northumberland Arms, given that from the number of cool old photos inside they seem to want to portray a sense of history. But no, it's apparently the "Draft House Charlotte", I think. Catchy uh? Part of chain apparently. 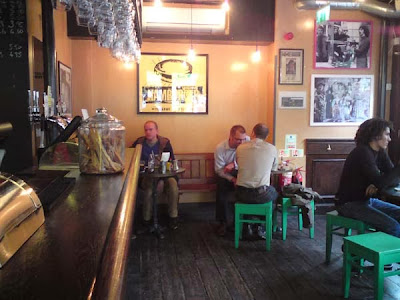 Anyways, it's very stripped back. And pretty hip. The kind of place that thinks it's in New York. Why can't seating be cushioned?!
But the barman was very nice, and the big windows looking out onto a very busy junction make it great for people-gawping.
But the best thing is the beer - they apparently always have one cask ale on £2.75. This week it was the Prima Donna from South London somewhere, and it was very nice. I reckon this makes it the cheapest boozer on the manor. In all of central London... all of London perhaps!? (Not counting special offers, like at the Earl of Camden). Unless you know different... 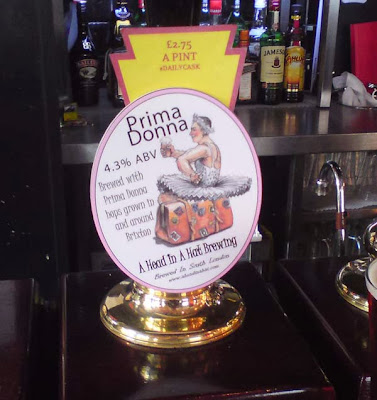