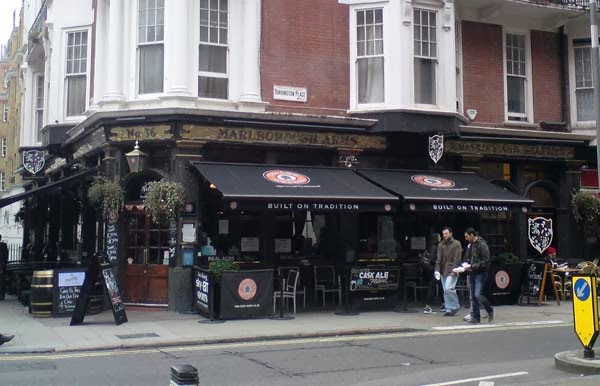 Tarted up Victorian splendour. Standard pub grub made sound to posh, but I'm sure it's very tasty. And it's one of those places where you can't order food if you haven't got a table number. Computer says no! The Five Points Pale didn't leave me much change out of £4, and was drinkable but not overly lip-smacking. But first pint of the day and I've never had before and over-hopped beers are all the rage these days, so who am I to comment??

I don't really see the need for so many high-tables. And where I was sat, by the window, the effect of the canopy outside flapping in the wind made it seem as if I was sitting under a strobe light.

Nice if unremarkable, but at least the music was quiet. And I learned that Winston Churchill was one of descended from THE Marlboroughs. I wonder if he ever came here? They should have his "I have taken more out of alcohol..." quote up somewhere. 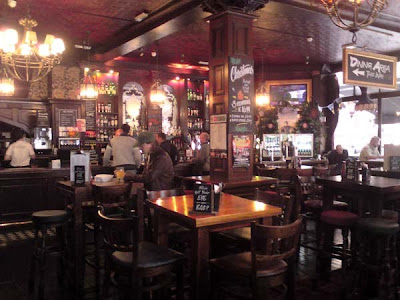