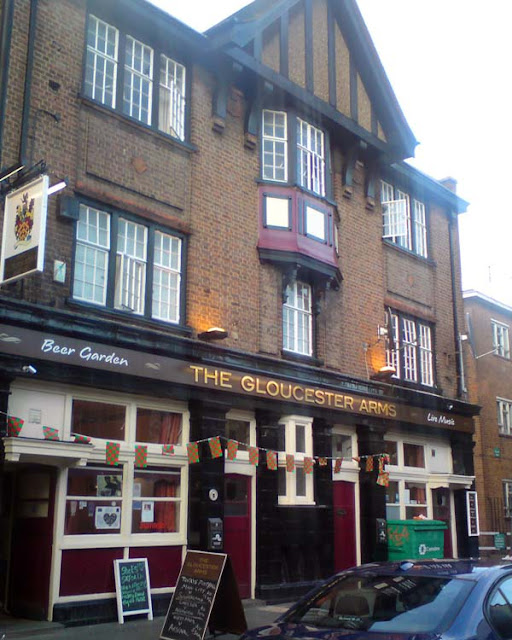 There are so many pubs facing closure or 'gentrification' in the Borough at the moment I can be bothered to list them, and I'm sure in most cases it's because they're not getting used eg. the Old Oak at Gospel Oak which may or may not have closed recently but it certainly won't be the same, for better or for worse. So it's well worth taking a look before they go under the hammer / paintbrush / wrecking-ball. 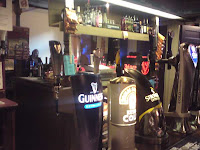 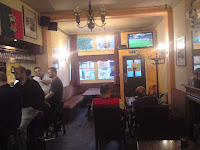 The Gloucester Arms on a Saturday afternoon is lively enough, with a good age range of punters. It seems nice and comfy, although of its two bars I'm not sure I'm in the lounge bar or public bar - I doubt there's much of a distinction these days.
No ale here so a pint of Guinness suffices. The landlady / barmaid proceeds to pop two down in front of me. Oh no - just one please! I say, but no worries - one is for someone else. But at £3.20 a pint I probably could have afforded two. 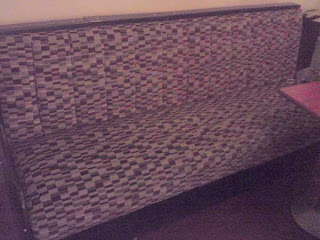 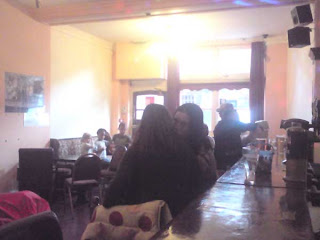 So it's a weekend and everyone's letting they're hair down but is there any need for an ear-splitting disco at this time of the day? The people watching the footie or having a quiet chat or the numerous kids running about don't seem to mind. Barely touched my Irish and it was doing my head in.
A lady came up to me asking if I'd buy some raffle tickets. Yeah, right - what a scam. I enquired as to the cause and when she told me the charity it was one I was familiar with and I tried to engage her with my story of doing a little something once for said charity. She didn't bat an eye-lid but just wanted her quid for a strip of 5. Fair enough, I didn't actually doubt for a minute it was a scam. 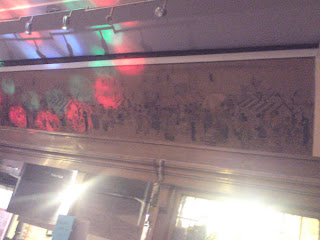 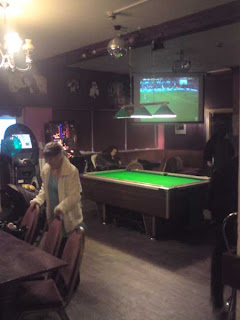 After a little while when they actually called the draw for the raffle I was somewhat surprised to be honest. And when they came to usher everyone into the other bar I went. I was the only one that went! Oh well. The draw went on for ages, and many fine prizes were claimed. Beauty treatments, packet of felt-tips, etc. The winners seemed genuinely chuffed, apart from the felt-tip kid who handed them back. By now though I was more interested by the mural above the bar of what looked like a medieval market scene. Peculiar, but nice. I wish now I'd seen the 'scenic painted beer garden' that they used to boast of outside.

Quite a cosy pub this, apart from the ear-splitting music - but I guess that drowned our the noise of the kids running about because thinking about it now I didn't really notice them. Or perhaps it's because they didn't seem to come in the first bar (lounge / public) I went in. Who knows? Who cares? Not anyone in there. A pub full of real life.