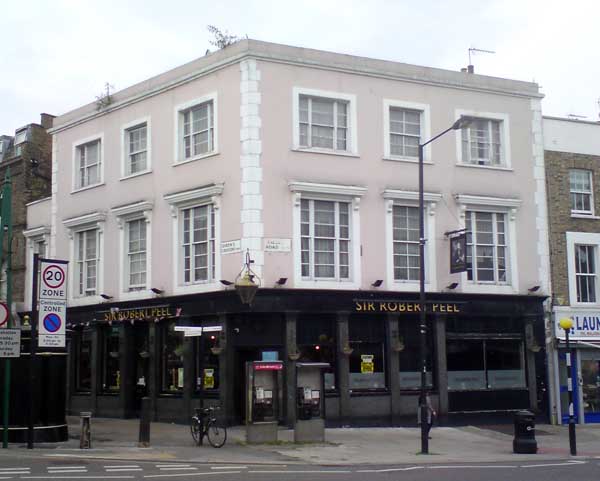 Oops - forgot to do this one at the time. But no matter - I'd say that I can't remember much about it now but to be honest there's not much to remember about it. Not that that means it's unpleasant at all, quite the opposite really. I popped in after getting my bike serviced just up the road, and it was a pleasant relief to a very warm day outside. 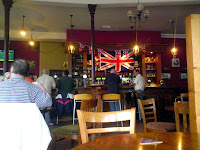 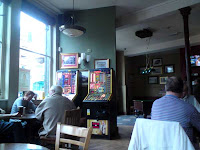 I can't remember what beer I had - it had a locomotive on the pump clip I think, and a couple of the locals at the bar were intrigued as to what it tasted like. Very nice I was able to tell them. I would have stayed at the bar for more chit-chat but retired to a little corner where discrete photography was less likely to be rumbled. Shame though, because I could've told the nice bantery barmaid about the Union Jack faux pas.

Basically it seemed quiet and pleasant and relaxing, everyone seemed locals and were dotted around in small groups and couples engaged in quiet conversation. One chap had his own pewter tankard. 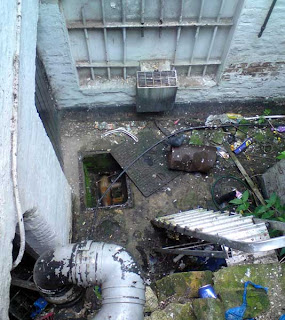 The toilet was full of flies, and the view out of the toilet window was intriguing. I like views of urban abandonment like that. Thankfully the beer garden was much nicer looking. Well, a bit.

After leaving I went to take an exterior photo and then went back to my bike chained up right outside, one of the punters at the bar approached me. I thought he was going to ask me why I was taking a photo, but instead he just struck up a conversation about the weather or my bike or something or other I can't remember. It seems that the less enticing a pub might look initially, the more friendly it may well be. As they're the ones with the regulars. I shall remember this when visiting the really rough ones I currently scurry past with nary a glance!
By Albert Trinker on 31.10.12