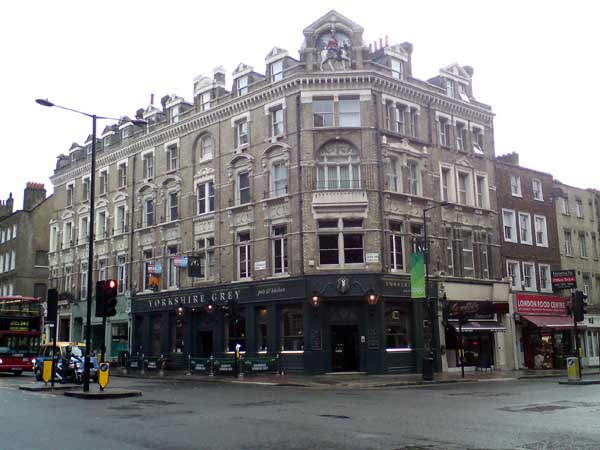 I only had time for a quickie in here, as as soon as I got to the bar I was told they were closing soon for a private party. This really annoys me when pubs do this. It's a public house! PUBLIC! Where's your function room? It was never allowed in the old days. Oh well. When I said no problems, I just want a swift half and the toilet they helpfully & eagerly pointed me in the direction of the toilet. I really had to convince them that I wanted a drink too. But the bar-staff were very nice all the same, although one of them spent the whole twenty minutes I was in there pounding some white powder in a large glass jar with a long metal implement like a medieval alchemist's apprentice. God knows what he was doing. 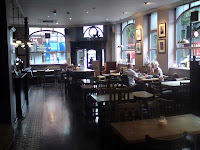 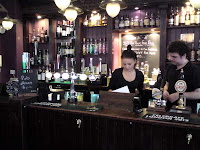 The beer was nice - although I can't remember what it was now. The one on the right in the photo, which I can't make out. The pub was very pleasant, a bit smaller than it looks on the outside though. Look out for the man on said Yorkshire Grey at the top of the building, very nice that.
By Albert Trinker on 5.9.12