Brick in the wall 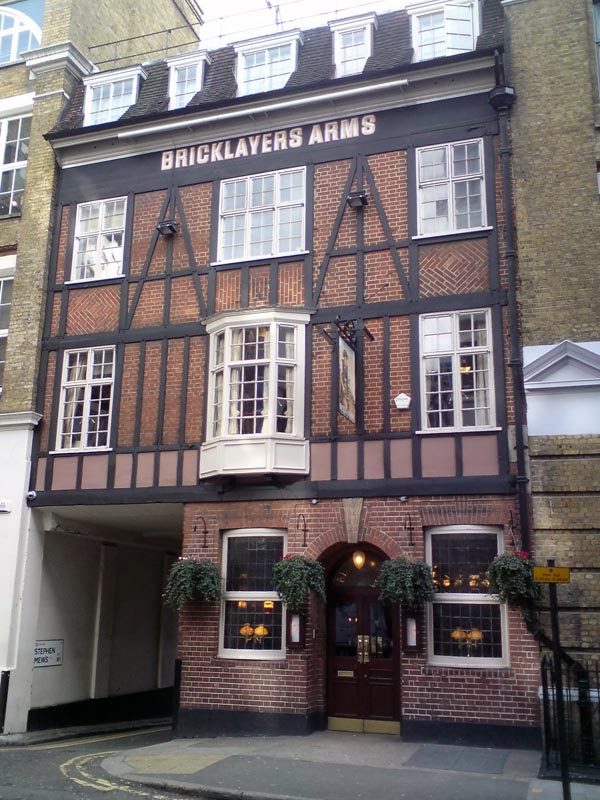 Another pub that had been walked past many times but not entered as following on from earlier boundary confusion I didn't realise it was in Camden. Rather stupidly though on this occasion as it is clearly in Camden, and even has a sign (for Stephen Mews) saying 'Camden' on attached to it.
How silly of me. 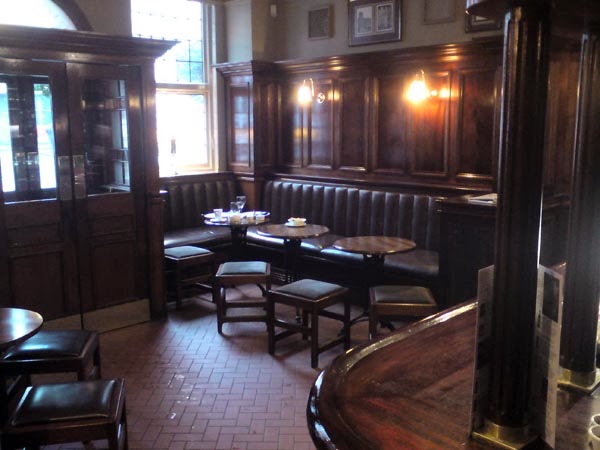 Anyways, what you get is a bog-standard Sammy Smith's pub. At lunch time I had the place to myself, had some banter with the manager about the amount of food & drink people leave behind.
Then he left, and a hairy youth of a barman came in and his constant shuffling, rustling, dragging of stools, and bronchial coughing left the usual lovely Smiths peace & quiet in tatters. I did get a grunt when I left though. 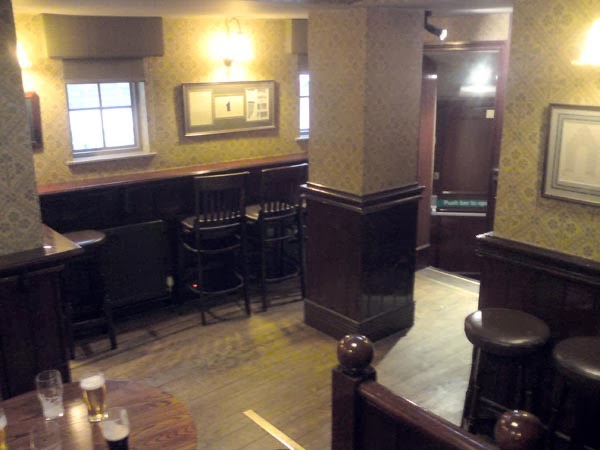 But as it turns out, I have been here before. Now I know that we're in Camden here after-all, this could be the very first pub in the borough I came to - possibly taking the honour away from the previous claimant, but too be honest after all this time I really can't remember. It was one of them.
We'd been to visit Channel 5 on some work outing, and afterwards came (or were taken I seem to recall?) to the Channel 5 works pub. I remember being very excited on being told it was a television pub and all the top (Channel 5) telly people come here. "Cor! Exciting this London innit??" I thought to myself.

These days I'd rather have it to myself thanks.