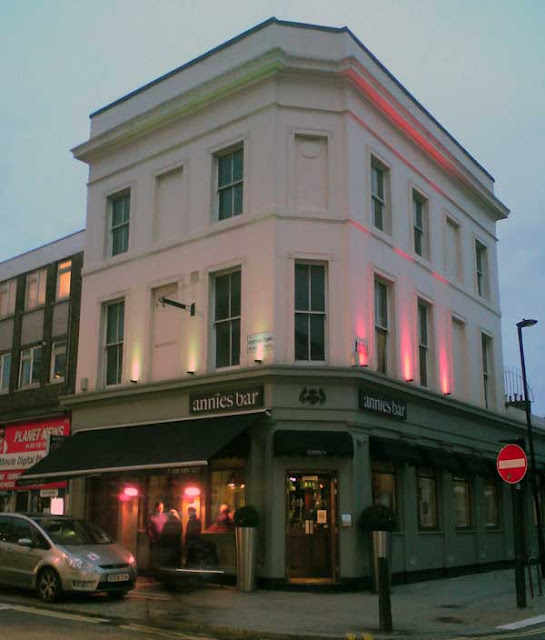 Not long back this was once one of the most colourful pubs in Kentish Town and called itself Auntie Annie's Porter House. I never went in though, sadly - perhaps not being a huge fan of porter. Apparently it was another honest rough & ready Irish pub, but then they went and did it up. I was chatting to a drinking-pal just recently, who's very knowledgeable about all things Camden-pub, and he mentioned that a Christmas knees-up he was going on was to take him to Annie's. "Isn't that a bit poncey now?" I aked. "Naaaaahhh! It's like the wild west in there!" he said. Intrigued I had to go. 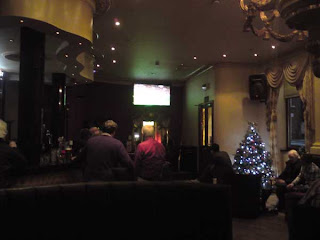 Blimey. What an odd place... it wouldn't look out of place in Las Vegas. Luxurious curtains, velvetette banquettes, what must be the hugest chandelier-type-thing in Camden and a weird wavey bar that seemed to think it was in a cocktail lounge. 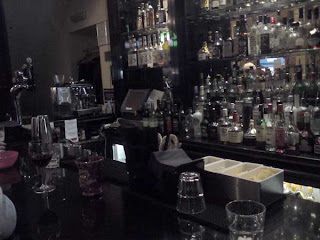 I got myself a pint of Guinness and settled down at the front of the pub. The football was on, and everyone in here was watching it, perhaps 8 or 10 gentleman all with lager and shirts untucked, but not at at rowdy. In fact it seemed very calm and cosy in there, and despite it all feeling very odd felt very comfortable.

A middle-aged couple sat down by me, with no interest in the football, chatted for an age about what to drink and then moaned about how football in pubs ruins conversation. The Sky boxes went to standard for a moment or too and quiet murmuring threatened to break out while the cheerful friendly barmaid looked for the right remote and then looked for the right button. 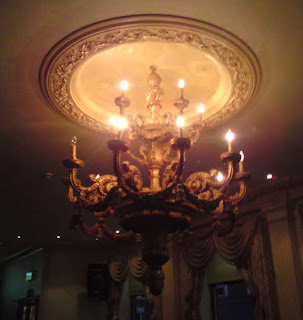 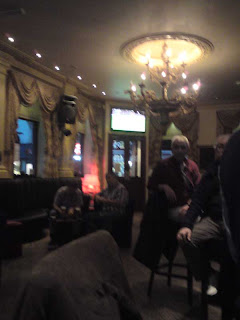 Probably not a bad place to watch the footie if you're not after real ale. But it seems that the only people it attracts are moaning middle-class types who think it's trendy - "poncey" like I did, or the same old boozers that came here before the refurb. They should've just left it be... still it's nice to have a novelty I suppose no matter how odd it feels.