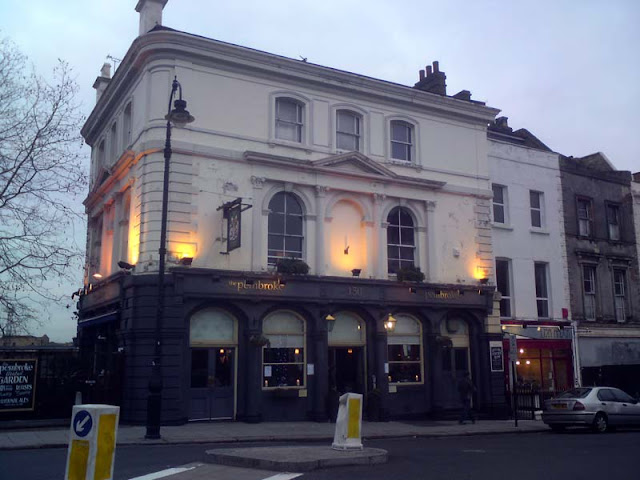 What's the correct thing to do when walking past a very pleasant busker? Yes, slow right down to have a good listen and then rather than tossing your coins in her hat take them to the nearest pub where you can sit in the beer garden and still enjoy her sounds. The nearest pub on this occasion was the Pembroke Castle - or 'the Pembroke' as they seem to like to call it. But none the less it's still a Castle, and one of Camden's 4 (or 5) UK Castles. Well, one of the 3 that remain. Were they named after steam engines? Or built to serve the various navvies and labourers that had come from all corners of the Kingdom in the 19th Century to build houses and railways? Who knows?! 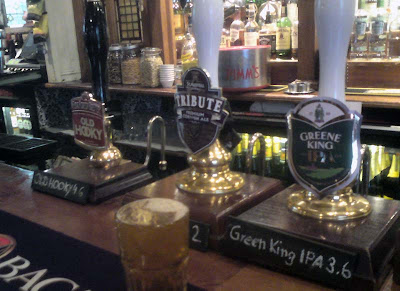 A small and predictable but entirely decent range of beers, and I like the little chalk-boards with all the basic info on, thus cutting through the cluttered mish-mash on the pump clips. Not that I object to the pump clips of course. I like a good, thick, fancy, embossed and embellished shiny pump clip. I opted for a glass of Tribute, although I forget how much it was. £1.75 I think. 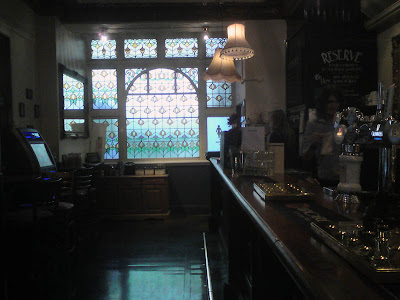 Fancy bit of stained glass, although I think if this wasn't here or rather was unstained it would give a train-spotters heaven of a view over the West Coast main line behind the Roundhouse. 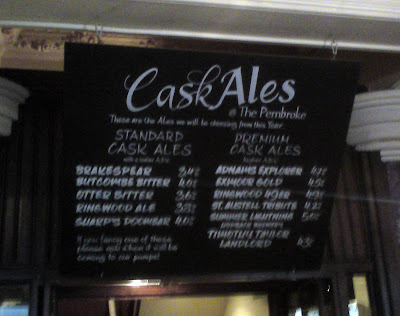 I also like this other black-board, which sensibly divides the ales up in to 4% and below on one side, and the other 'premium' ales together on the other. Although quite why a higher ABV makes it 'premium' I'm not sure. I'm sure they're priced to match. But still a nice and unusual distinction. 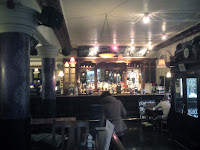 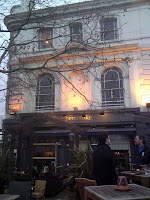 A very pleasant pub inside and out really. The beer garden is strangely peaceful, given that it's facing on to a wide looking road junction. But a quiet one. Peaceful that is until a screeching train goes past - the temptation to stand on one the benches and peer over the wall was only resisted due to being very tired. But also the first beer garden beer of the year was nice too, although generally I don't like beer gardens. Pubs are for being inside of, not outside of. But like music in pubs I seem to be a small minority here. 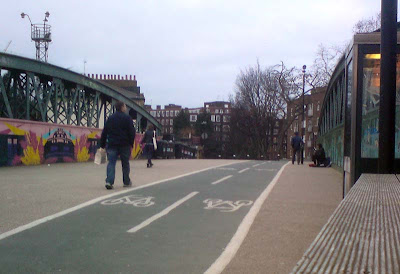 Finally a shot of the busker. You want to hear her too? Well, let the technology avail you!