Goose is getting fat 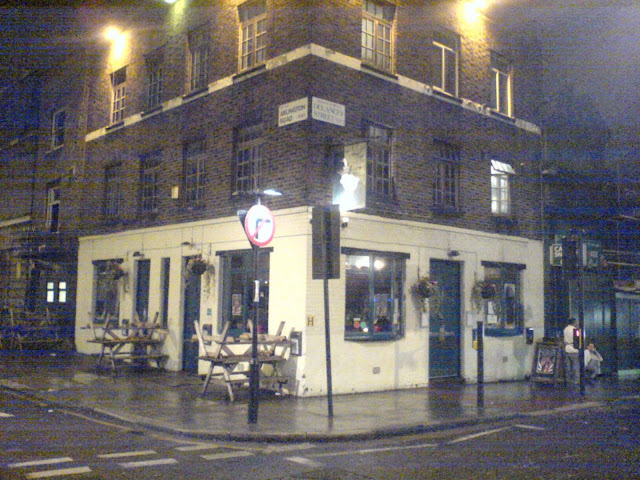 Firstly apologies for the awful photos, if you're at all concerned. I forgot my camera and so had to use a very crappy old mobile phone. I trust your enjoyment of this entry won't be comprimised. But then this is one of those annoying pubs where they think that's cool to be sitting in darkness.
I never really go in here an awful lot because I wasn't crazy about the two choices of ale they had - Adnam's and Adnam's Southwold. But on this occasion they had Adnam's Lighthouse (£3.20) instead of their Best, which is a bit more palatable. 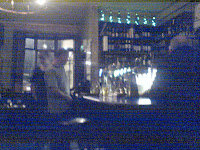 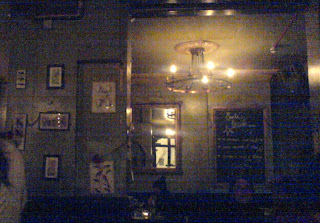 It's an ok place, and Ben the boss is very pleasant fellow. But it does like to think that it's very cool. Which isn't necessarily a bad thing, as it matches the clientele. This is the place to come if you're hip but so over the Hawley. Or perhaps if you'd like some food - I hear the nosh here is pretty good. Although ages ago when I had a Sunday roast here it was awful. The veg & Yorkshire pudding were spot on, but the beef was like chewing a dish-cloth. But having said that my mate finished it off no problem. And it was the first time they'd done roasts too, so valued our feedback. Nice Yorkshires I told him. On this occasion one chap who'd ordered the rabbit pie was visibly disappointed when he was told it was off, and who wouldn't be? Such a bunny-bake is a rarity in pubs in the borough. 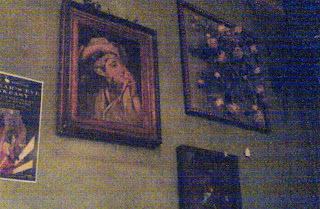 The tables outside on the spacious pavement are lovely to watch the world come & go along Arlington Road. But that seems a long way off at the moment. Points for no fruit machine, and no jukebox - but the bar-staff controlled iPod music was very loud. A common complaint from me.
And that's about it. A nice pub, nothing wrong with it at all really - but I never really feel totally comfortable in there. Perhaps too dark? Too small? Too loud? Too few beers? I dunno. But I sure hope they don't knock it down which has been on the cards for years. They've already started on the snooker hall next door, but a notice has appeared from the Council which is all written in development-legalese mumbo-jumbo but I think is saying "don't knock this down". Or at least I hope so, Camden does not need another gastro-pub, which they shamelessy describe their plans as without a hint of irony - but it does need pubs like this. 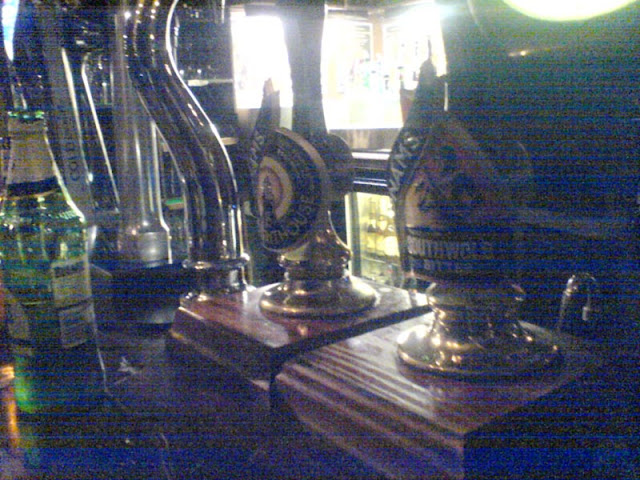