At this rate it's going to take me ages to complete my task. I went in this pub a month ago and only now have I got round to writing about it. And now I do I realise that I've mislaid the photos, and can't remember the date of the visit.

Anyways. This place has been shut for the past few years, and I remember from before then being called the Tavern in Town. Which I'm not sure - I'm pretty sure it's in Camden Town but I'm sadly so used to people dropping the Town from Camden Town that I'd always assumed it was the supposed to be the Tavern in Kentish Town. But maybe it might even have been announcing itself as the Tavern in London Town? Who knows? It looked awful back then and I never went in. Before then I'm told it was called the Trafalgar, the Admiral Nelson and the Nelson, so I'm guessing that's where the odd present name comes from. And 'Tapping' from… hmmm I think as they're selling themselves on the current and wonderful real-ale trend (oooh pray be that it isn't just a trend) I guess the tapping comes from wooden-peg-in-the-cask thing that these cellarmen like to do. I'm not sure I like the name. Verbs don't have a place in a pub name, it makes it sound like a statement. Hopefully it will become shortened to its latter noun in the punters' vernacular before long.

So down a very quiet back street I walked and the softly glowing windows beckoned me in, through a door that looked like one of those doors that you're not sure if it is still a door or not, but this one is. Inside is very nice, all wood and early 20th Century on the walls. No jukebox was evident. This is very good. The discrete music came from a some sort of player behind the bar. And so to the bar. I caught the barman knocking back a cheeky half - 'quality control!' he joked at me. Ho ho. 'A pint of Trinity please!', 'Camra?', 'Yes I am!', '£3 please then', went the exchange. And with it some light banter with the chap, who was then replaced with a lady and more pleasant banter to be had concerning living locations and homemade food. When it came to another pint, which I think was Darkstar Hophead a different chap again served me and no mention was made of Camra, but this time the pint was £2.80. How odd thought I, but didn't say anything.

The place is run by the same people who run the Pineapple up in Kentish Town - the Fruit in the Town - and also had something to with Steeles, so from what I could overhear everyone who came in were punters from those pubs who'd come out of curiousity from the former and for a nice change from the under-new-management latter. There will be no passers-by popping in to this pub as there will be no passers-by - unless they're lost. So this looks like it's going to be a locals only boozer, and hoorah for that.
There were 6 handpumps, and I think I heard mention that they were going to have one always off for cleaning, so 5 ales will be available at any one time. Hopefully at £2.80 + Camra discount!

A right lovely pub this is, and I really hope it does well. I will be popping in again from time to time. But one thing… boy was it cold! Big, empty, echoey, clean and smelling of paint. And cold! They were talking about opening up a fireplace that was about 25 feet away from where I was sat. They could just put the heating on I thought. So after a brief all-pub chat with another chap at the bar about the symtpons of piles versus the symptons of bowel cancer I made my excuese and left. For a warmer pub.
(Footnote, the next time I went in the barmaid was on the other side of the bar and remembered me with a cheery hello. Which is nice. But it was still cold).

And a PS to the footnote. I know what Tapping the Admiral is now. I'll drink to that!

And a PPS - finally got some pics up. These are from the official opening night. 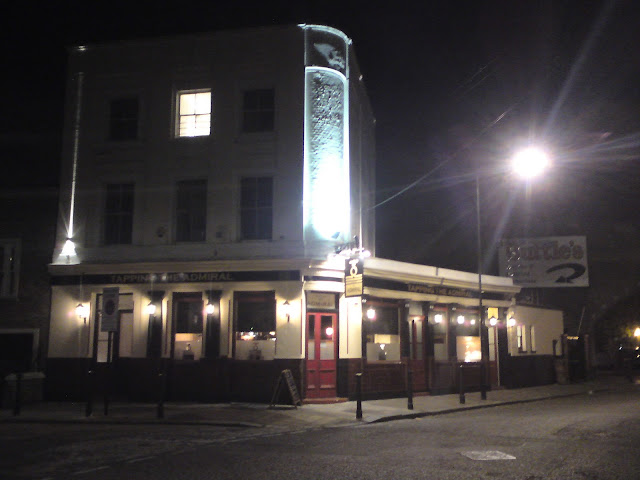 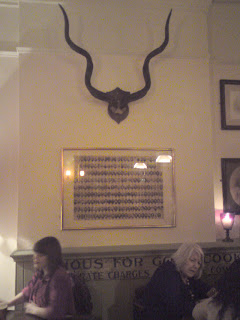 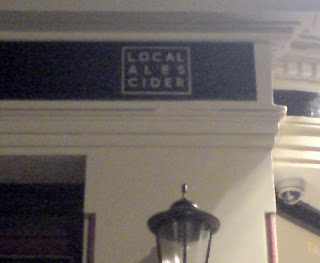 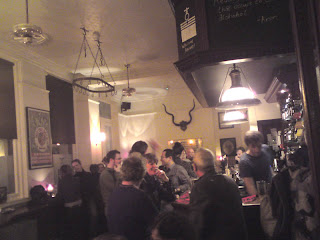 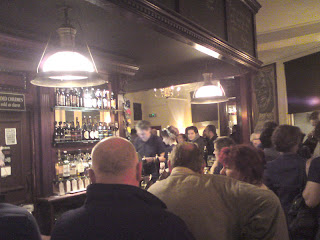 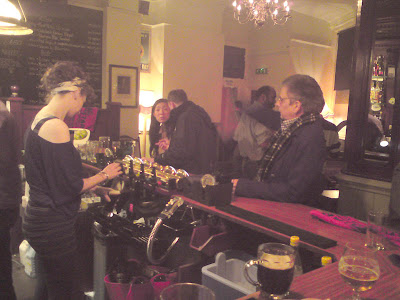 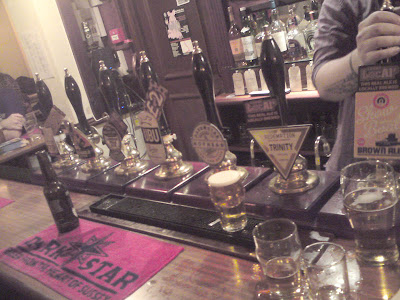