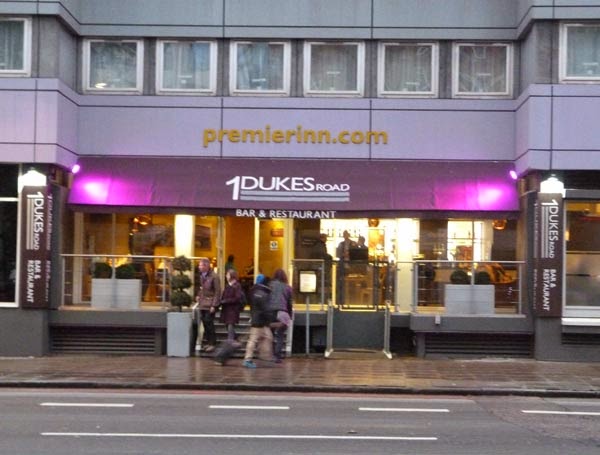 Yes, it's a hotel bar but it's got a separate entrance and its own name so in my book that makes just passable as a 'pub'. Only just, but it's my game and my rules. And if the Night & Day, Callaghan's and Bar Tavistock pass muster so must this. And thinking about it it's not really much different to pubs and bars - in theory! It also has draught beer on, which is why I've not felt obliged to go into Simmon's in Camden Town as it looks like it's bottles only. Correct me if I'm wrong. But I will have to go to the Fitzrovia branch - as I never had the chance when it was Potion. Not that I'm very excited about mind, but I digress... 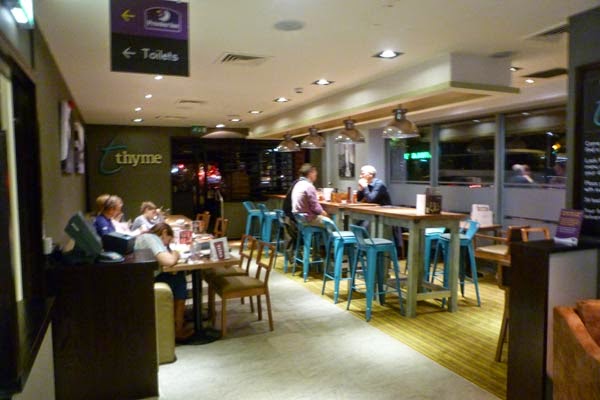 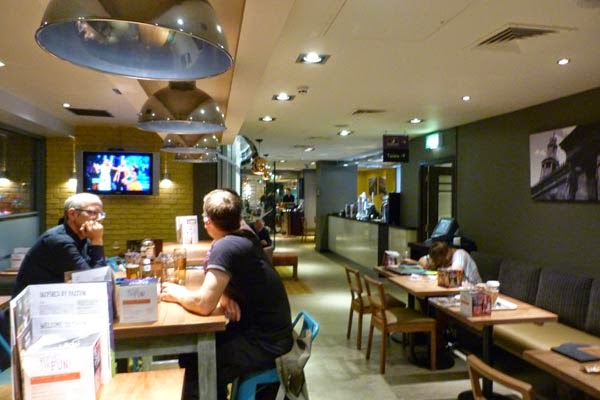 So back to 1 Duke's Road. It's worth noting that the entrance that bears the name "1 Duke's Road" is actually on the Euston Road.
People do seem to be using it just for a drink - maybe their guests or not, I don't know. It's comfy enough inside. The keg beer was fine. I don't remember what it was or how much it was though. And the large poster of the nearby Euston War Memorial is a nice touch. 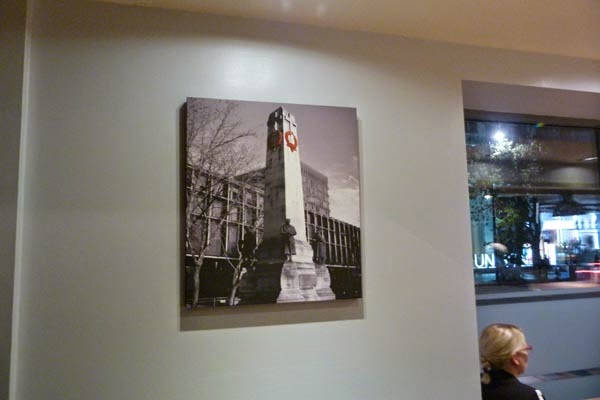