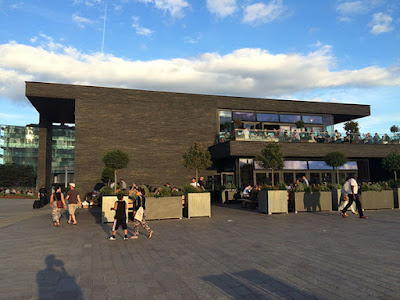 Camden's got a new pub, and it's not just a pub. It's also a bar - and a dining room. It tells you on the way in. Apparently the Lighterman is "a slickly-designed, minimalist Modern British gastropub with big windows & a canal-side alfresco bar." so make of that what you will. 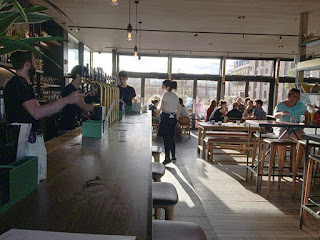 £2.50 for a half of some craft pale ale or something sounds about right. The busy bar staff seem to think they're being under utilised if they're not artfully and coolly mixing a cocktail. 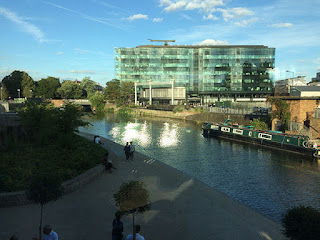 Nice view from the big windows. And some nice seating areas outside if you like that kind of thing. 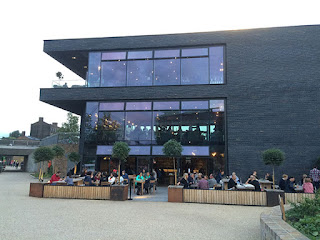 Nice to have a new pub, with so many closing but if is the future of how pubs will be I'm not going to like it - but lots of people will I'm sure.